The Pirates Next Door - By Jonny Duddle

Well shiver me bloomin' timbers land lubbers, I appear to be the last to jump on board the jolly ship that is
The Pirates Next Door! by Ship Mate Jonny Duddle
Here I am modelling a Johnny Depp style piratical moustache grown just for this very special occasion, 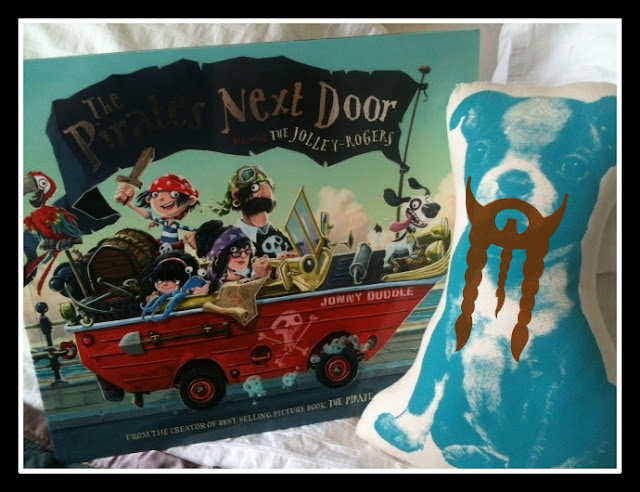 The Pirates Next Door is Jonny Duddles second Pirate book for Templar and one for which he has just scooped the very well deserved Waterstone's Children's Book Prize! TOOT TOOT!
Ever been to Dull-on-Sea? it's a bit like Dorking but with PIRATES!

Little Tilda a sassy small person with a taste for adventure befriends a pirate boy who just happens to have docked his family pirate ship just next door (as you do). This is quite possibly THE most exciting thing ever to happen in Dull-On-Sea (population 2227) A proper ropey old band of piratical types cause all sorts of havoc around town much to the dismay of the local residents all of who have taken umbridge at their new slightly unusual (for unusual read, hairy, smelly, peg leggy and rough as a gnats chuff) neighbours.

Jonny is a complete craftsman and master of characterisation and his illustrations require pouring over for may hours to spot all the little hidden treasures!
Things of note which I spotted included:

Eventually the Pirates decide to move on to Oceans new, much is the way of the Pirate but not before they leave behind something for the residents of Dull-On-Sea to remember them by! (revealed in a stonking fold out)

The clever rhyming text weaves and twirls and smashes though the pages with moments of sheer gigglesome joy.
A cracking unique piratical rumpus of a story which demands at cutlass point to be read over and over again!
We can't wait to find out what will happen next with these beardy reprobates. Where will they dock their pirate ship next...

We give The Pirates Next Door 5 gold coins out of 5!
Buy it NOW or walk the plank!
INTERVIEW WITH JONNY DUDDLE COMING SOON
YES we will be firing him out of the quick fire cannon! It would be rude not too! 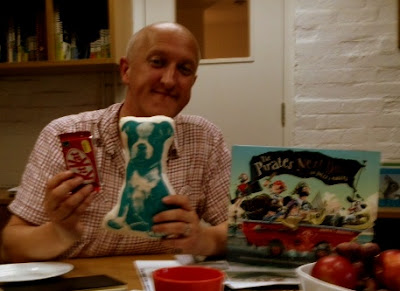