Jack's Amazing Shadow! - An interview with the delightful Tom Percival 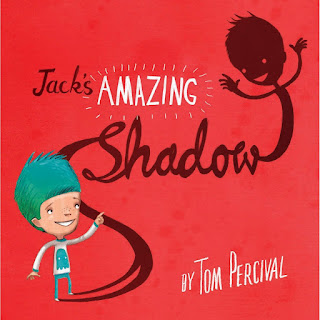 SO here it is, Jack's Amazing Shadow by ever so delightful and multi-talented Tom Percival. (He made the Oscar worthy book trailer himself - what a clever old bean! Crack open some pop-corn and watch it here )

Jack doesn't have a care in the world, days are all about playing and having fun with his best buddy who happens to be his very own amazing magical shadow. But when Jacks shadow gets up to mischief and Jack himself gets the blame they decide to go their separate ways.
Will Jack and his shadow ever be reunited?
Super cool edgy illustrations and a lively fast paced story make this book perfect for anyone who's ever wondered what their shadow gets up to when they're not looking!


Well guess what sniffers, We are as lucky as a cat in a fishmongers because we've bagged an interview with Tom himself. What larks!


Here he is in the Book Sniffer Quick Fire Cannon

Can you tell us about your upcoming book?

Jack's AMAZING Shadow is an everyday sort of book about a blue haired boy's adventures with his amazing magical shadow.
It was really good fun to work on as I changed my style slightly with this book. I used to use a lot of photographic elements in my images, basically making digital collages, but on 'Jack…' I drew and painted everything instead. I still composited the different elements digitally to give me a bit of leeway when it comes to the composition. I have huge respect for people who work purely traditionally as you can't just 'move the character over to the right a bit' if you feel the image is off balance. You just HAVE to get it right first time - argghh, the pressure!

The story came about after seeing how my eldest son, Ethan, reacted to his younger brother coming along. When Joey was a baby Ethan doted on him, but as soon as Joey became a toddler, Ethan realised that he now had a constant companion and I think this was a bit tricky for him to deal with. They get on brilliantly now, but we had a few 'ups and downs' along the way, including the infamous 'You are not my friend ANY… MORE!' incident, which I basically stole verbatim for the story. Although in real-life Joey didn't fade sadly away thankfully - he's made of pretty stern stuff!

Rather than using two brothers as my characters I tried to think of other relationships where you're kind of co-dependant on each other. I wanted to use characters that would enable me to include some good visual gags and make the story really fun and a bit more unusual than the basic 'best-friends' kind of story. After trying out a few ideas I decided that a boy and his shadow could work really well. I liked the idea that Jack's shadow is almost the embodiment of all the naughty things that Jack might want to do, but doesn't allow himself to as it immediately gave me a sense of his mischievous character.

I try to explore a singular theme with each picture book that I do, and in Jack's AMAZING Shadow, it's definitely about the highs and lows of a really strong friendship.

I really enjoyed working on Jack's AMAZING Shadow and hope that I can re-visit the characters further down the line as I have a couple more journeys that I'd like to take them on.


What was the last children's book you brought?
Fantastic Mr Fox for my two sons. They love it!

What do you listen to while you are working?
It depends if I'm drawing or writing. If I'm writing, I can't listen to anything at all as it throws my concentration. If I'm drawing it's usually something ambient or instrumental, classical sometimes too. I find music with lyrics a bit distracting now for some reason. I used to be fine with music on in the background, but now I find I like to wholly occupy whatever 'world' I'm working on/in

Who would you most like to collaborate with?
I would LOVE to draw for Neil Gaiman. Although I'm a huge fan of Dave McKean and couldn't better his work, so it's probably best that it never happens! 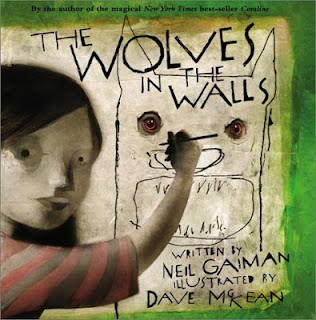 What can you see out of your studio window?
I have a BEAUTIFUL view. I can see Rodborough common in one direction and Selsey Common in another. The hill sides are thick with woodland and I can always hear birds singing. I love it!

Which books have influenced your life most?
The Tim and the Hidden People. Flight path to Reading series of books by Sheila K McCullagh as they were the first REAL story books I read when I had grasped the basics of cats sitting on mats and so forth.
What are you reading now?
I've just re-read the Magic Toyshop by Angela Carter. I LOVE that book and re-read it every couple of years or so. I love the unsettling, magical worlds she created, all very rich. 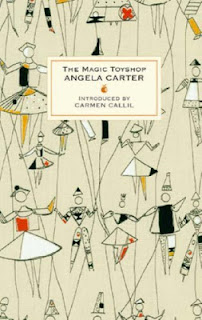 Are there any new authors/illustrators who have grasped your interest?
Not really 'new' in anyway, but Jon Klassen is fantastic. And this guy isn't a picture book artist, but Dermot Power who is a Film concept artist is a massive inspiration to me.

Do you have a favorite book character?
Hmm, tricky… I was about to write 'no one person stands out from the rest' but then I realised that they're not 'people' are they? I guess that goes a good way to answering your next question!

Were you a bookworm as a child and which children's books made a lasting impression on you?
Yep, very much so. We didn't have a TV in my house and I read all the time. The two books that made the biggest impact upon me were The Dark is Rising by Susan Cooper. The Devil on the Road by Robert Westal
What’s your favourite bookstore?
Again, tricky… There are so many great independents. My local children's bookshop in Stroud is a great place to browse around and Blackwells on Parkstreet in Bristol is fantastic. They do lots of bespoke window displays there and have a great bunch of people working there.


When did you first realise you wanted to be a writer/illustrator?
I have ALWAYS drawn pictures and made up stories. It's been my main source of entertainment through life. I trained as a graphic designer as I thought that illustration might be a bit risky as a career. I came from a family where money was always tight and I had no desire to take on a career that was likely to continue that pattern. Still, I kept on drawing all the way through uni and my first few jobs, so eventually I thought, lets just give it a go, I can always go back to graphic design if it doesn't work out. That was in about 2005 I think. I got the Skulduggery Pleasant illustration job not long after and that was pretty instrumental in getting me up and running.
When did you first consider yourself a writer/illustrator?
Illustration-wise it was probably when the Skulduggery books came out and I got my first letters from kids saying how much the liked the pictures and how they wanted to do that as a job when they grew up. That was a pretty cool moment in my life. Especially as I used to think that about so many illustrators work when I was younger, but you didn't have the internet and twitter etc then so it was pretty hard to voice your appreciation of people's work. 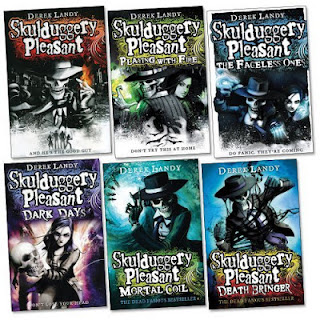 What is the hardest part of writing/illustrating a book?
Having the right idea and continuing to believe in it all the way through the process.


What are you currently writing/working on?
I'm working on four different picture book concepts which are all at various stages in the long journey to completion and a long form Y/A fiction concept which I'm about 1/3 of the way through currently. I'm making an animated eBook edition of Jack's AMAZING Shadow, which is taking a rather longer than I had anticipated! And I'm also doing a few animation projects to promote upcoming books that I've worked on.


Do you have any advice for other writers/illustrators?
If you love it, you'll do it, there's not a great deal that I can say that would be of any real help, as everyones circumstances are different. But if I HAD to offer some general advice it would be that you need to do as much drawing/writing as you possibly can, practice until it's second nature and doesn't take any conscious thought. Learn to be as objective as you can about your own work, don't be afraid to acknowledge when something is either really good, or not as good as it could be. Be pleasant and polite, deliver work on time and to budget and if you can't for whatever reason, tell the relevant people as soon as possible! Finally and most importantly of all, don't compare what you do to what other people do, as there's NO POINT! I love this phrase 'Comparison is the thief of joy' it very much rings true with me, and I have to keep reminding myself of it. As long as you keep trying to improve, it really doesn't matter when anyone else is doing.

Here are some of of Tom's inspiringly insightful development sketches... Pop out and nab a copy of Jack's AMAZING Shadow tout sweet! 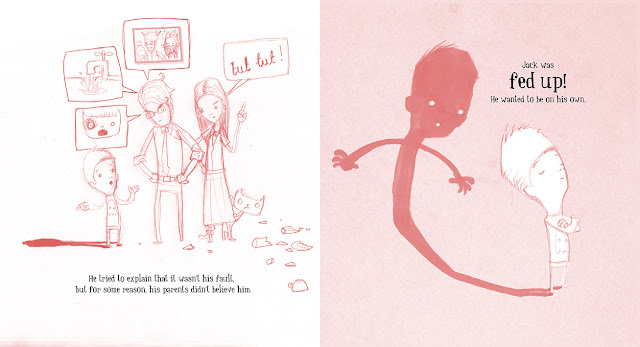 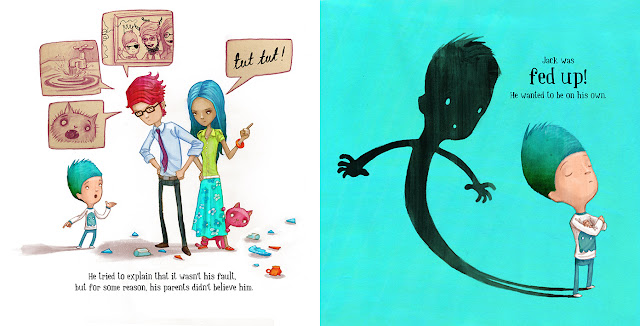 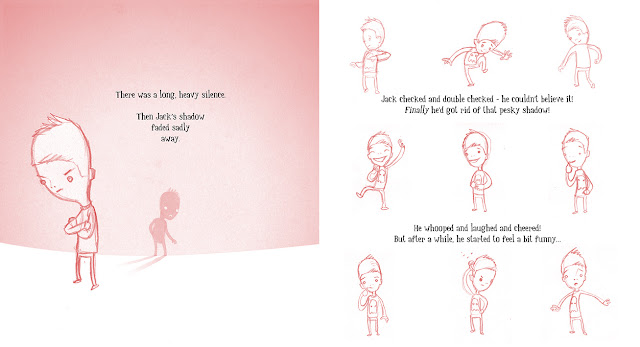 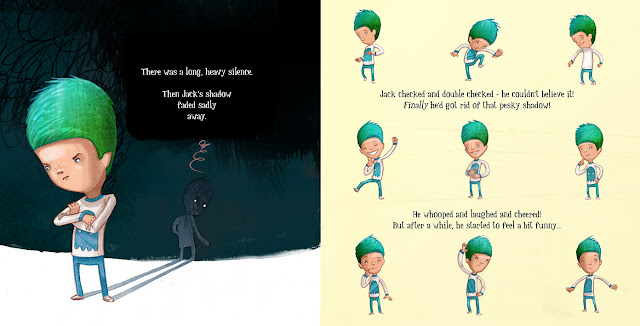 A BIG squeezy Sniffer THANK YOU to Tom for popping by!