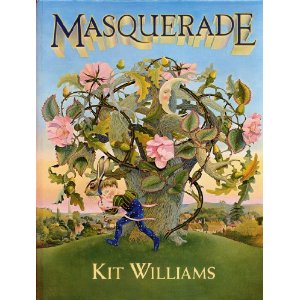 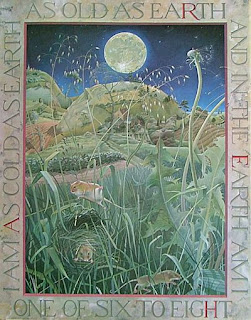 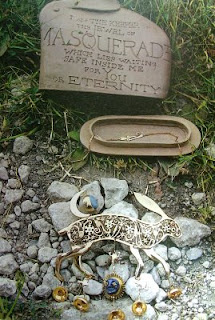 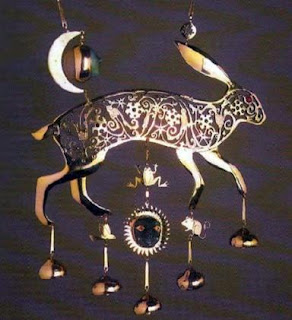 The Book Sniffer and Chris Mould take a trip to the Library!

By Chris Mould (and the Book Sniffer) 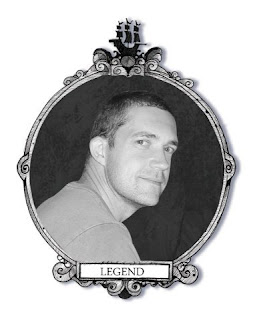 Well, seeing as it’s the holidays and all that, I thought I’d make a trip down to Pooch Headquarters and take the Sniffer for a summer stroll. It’s about time he got those posh paws dirty. Spends far too much time bouncing around the local bookshelves sniffing out the latest publications. So what better opportunity to pull him out of the office than an unannounced visit from the Spindlewood carriage.


I asked the Book Sniffer where he fancied taking a stroll? The park perhaps? Check out the local canine action? Or maybe the woods? Who knows what might happen there!


But no! Where did he fancy a stroll?… The library! (but only after he'd donned his deer stalker hat and grabbed his umbrella with the duck head handle.)

Off we trotted arm in arm sauntering past the local purveyor of tea cakes ‘So what’s with a walk down to the library?’ I asked him as we entered the double doors of the local word factory.

‘Don’t you know the libraries are under threat.’ He started. ‘Government cuts are forcing the library service into meltdown. The best action you can take is to head down to your library and use it.’

‘Oh hang on a minute.’ I said. 'This is just an excuse to drool over Petula the pug from the Molly Moon series isn’t it?’

‘Not at all.’ Insisted the Sniff (although, I’m sure he was concealing a copy), ‘If libraries are not being seen to be used, they just become an easy target for closure. If they’re filled with people and communities are making use of them, it makes it harder.’

‘And you’re sure it’s nothing to do with the fact that you go weak at the knees when you see Lara from Spy Dog?’


‘Absolutely not!’ He insisted although I must say, he seemed slightly flushed at this point.


‘Hmmm, well I must admit, I do agree with you Sniff. I hate the idea of public services being cut. Isn’t it the case that if you take away familiar and popular meeting points for people you take away communities. Isn’t that how communities are made in the first place? That’s how I understood it?’


‘Yes, of course.’ He replied and he was now sat in one of the splendid reading chairs of the local book borrowing establishment with his nose buried in an astonishing illustration of Cerberus, the three headed hell hound of Hades from Greek Mythology.
‘But times are changing.’ I said. I wanted to push him a bit further. See what this was really all about. ‘If people want a book, don’t they just head to the local bookstore and pick up what they want?’

‘Oh you’re really trying my patience now.’ He insisted and it seemed I’d ruffled his coat a little too far. ‘Not everybody can just head to the store and buy any book they want.

‘I beg your pardon,’ He said, sitting up in his chair. ‘I represent the very best of publishing. The canine character is the cornerstone of any book worth its salt.'

‘Huh, I can only think of a few at the most.’ I said. ‘There is Bullseye, Bill Sykes’ dog from Oliver Twist by Charles Dickens. Or Toto from The Wonderful Wizard of Oz by Frank L.Baum.


‘Oh really, well there’s Snowy, Tintin’s terrier from Herge’s The Adventures of Tintin
Or there’s my good friend Kipper, as described by the trusty nib of Mick Inkpen or the ever popular Spot, by Eric Hill 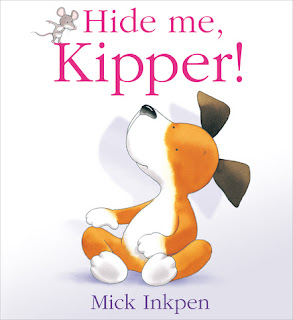 or Jennie from Higglety-Pigglety Pop by the inimitable Maurice Sendak.

Maybe try Beatrix Potter’s Ginger and Pickles and discover Pickles the terrier who kept shop with Pickles the Cat.


But he was far too entranced now to take any notice.


‘Perhaps if you prefer to read something a little longer, there’s Scamper, the little golden spaniel who belonged to Peter and Janet in Enid Blyton’s secret seven series. Or maybe you could try Dodie Smith’s, The Hundred and One Dalmatians. There’s a few four legged characters to get to know in there too. There’s Snitter too, (sounds like Sniffer), from The Plague Dogs by Richard Adams.


Not convinced yet? Well, there’s Wellington, Mrs Shear’s dog from The Curious Incident of the Dog in the Night-Time by Mark Haddon or Fang, Hagrid’s dog in the Harry Potter books. I’m even quite sure that King Lear has a couple of dogs if you want to venture into Shakespeare. Trey and Blanche I think!


Dear oh dear. I’d had quite enough by now. 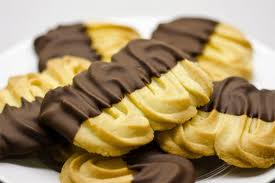 Thanks to dawg gawn fabulous author and illustrator (and not very good joke teller) Chris Mould for stopping by with this brilliant guest post! please pop and visit his blog to see more of his work and to find out more about his intriguing new app!

AND HERE is a Step by step guide to how to draw a dog on a bike!