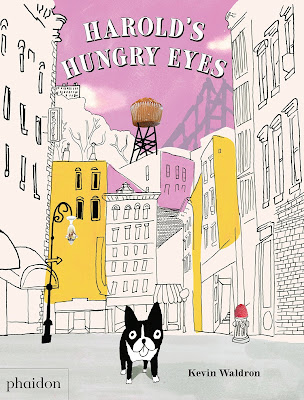 I made a cat first. My wife every now and then considers getting a cat. I say no, “What will it do all day in our tiny apartment?” So I made a little picture instead called 24 hrs in the life of a cat  that hangs on our wall. 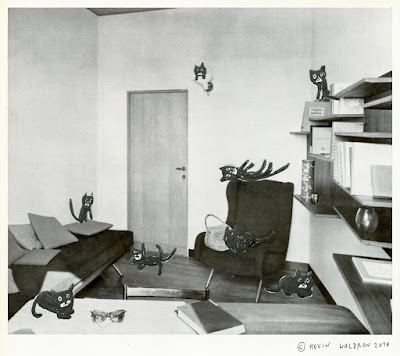 I quite liked how scribbley the drawings were against the very organised photographic background. So I made another, this time with a black and white dog. I had drawn a full page of Boston terriers, more than I could fit on the photo from the magazine, so I made the simplest gif with all of them in no particular order . The nice people at Phaidon spotted him and we arranged to meet.

I didn’t have anything else in mind other than showing them what I had been working on in my studio for my own satisfaction. Like this collage of 10th street near my home in Manhattan. 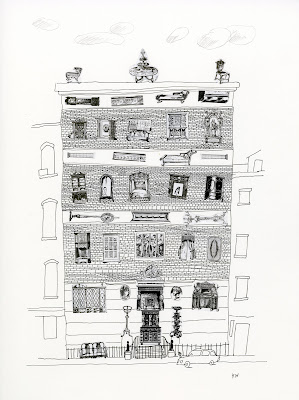 All the windows and doors are antique chairs, tables, dressers, etc. So we had a dog we liked and now a city. Dogs like slippers and I’ve always thought the Brooklyn Bridge from afar looks a bit like giant, old wooden pegs.

Here is another unfinished collage I was experimenting with that contributed the final ingredient- food! 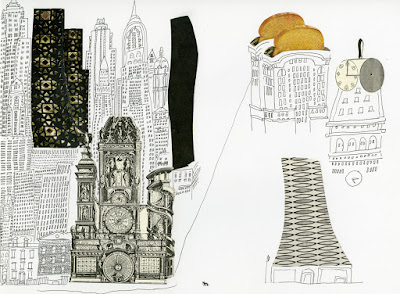 In fact food appeared quite often in my collages as there were so many advertisements for it in the magazines I found. 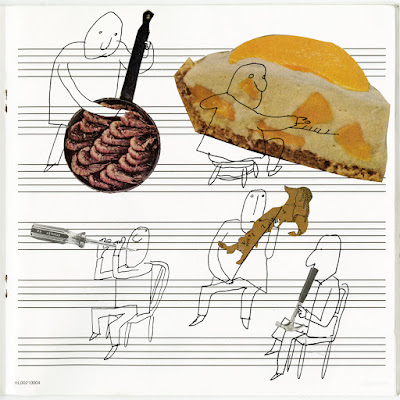 The dog lived in an apartment in the city and was obsessed with food, let’s make a story around that!  So from then on I looked at everything in the city through a hungry dog’s eyes! 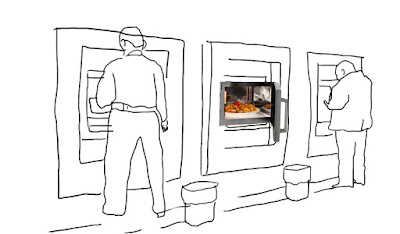 We just had to think of a way to get Harold outside on his own so he could show us these new sights. 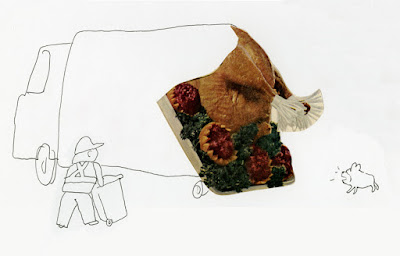 When I had enough collages to play with I started to refine them in a way that would keep the spontaneity of my sketches. Using a wash colour background suited this and was a good tool for filling the space that didn’t interest Harold! 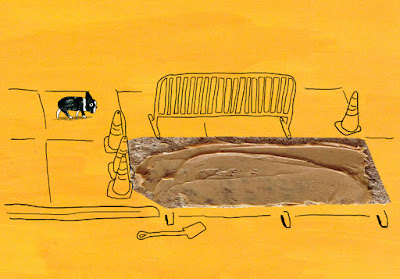 Harold’s Hungry Eyes
by Kevin Waldron is published by Phaidon.

With HUGE thanks to Kevin,
Lorraine and Phaidon