Behold the thunderous tantrum fuelled footsteps of the latest creation by hot new illustrator on the block Mr Steve Antony!

'Betty Goes Bananas' published by Oxford University Press storms into the shops imminently, and I can assure you, she is not one to be ignored!

Betty will ring many familiar bells with parents because despite her charming hairy exterior and her delightful pink hair bow, a beast lies within.

Betty shows delightful and admirable determination as she wrestles with opening a banana whilst simultaneously grappling with her deepest inner emotions. The struggle to open said banana results in an explosive and incredibly comical terrific toddler tirade.

Poor old Toucan emits calm zen-like authority as he guides Betty through the trials and tribulations of everyday life with increasingly hilarious consequences (I refer you to the 'rage pages' red to illustrate pure unadulterated frustration!)

So come on parents of errant two years olds - Lets all channel our inner toucan... failing that let's all lie on the floor and just SCREEEEAM!

BRAVO Steve - what a triumph, parents everywhere will be weeping united tears of joy!

NB: extra special mention for one of the most confident eye catching and engaging book jackets of 2014

To celebrate her magnificent arrival we are lucky enough to have been joined by author Illustrator Steve Antony, so lets find out more about this GREAT ape.

In a parallel universe there is a version of me that would answer this question with an astounding recipe for the world's most delicious banoffee pie that would blow you all away. Instead, here's a little something else. All you need is two slices of bread, a banana and a tin of condensed milk.

Step 1. Toast the bread
Step 2. Spread a thin layer of condensed milk on one slice of toast. It doesn't matter which one.
Step 3. Evenly place four generous slices of banana.
Step 4. Place the dry piece of toast on top.

Enjoy your Banana and Condensed Milk Toasted Sandwich! There might be a much fancier name for it (but probably not). It does taste good. A friend taught me this years ago.

Banoffee pie is way better though.

Overall, about three months on and off. Last year, I visited Oxford University Press to discuss ideas. I didn't have anything solid to show them in the form of a book, but I did have a sketchbook. In my sketchbook, a character caught their eye. It was a slightly goofy looking gorilla (wearing a ribbon and a dress) that was about to slip up on a banana. Above the image was the caption, 'Betty goes bananas.' They loved the sketch and the caption, and so did I. In fact, they loved the character so much that they asked if I could develop the character into a story, and they suggested the theme of 'temper tantrums'. It took me several weeks to come up with a really rough dummy, which I sent to them as a PDF. OUP liked my rough story, and not long after that, they made an offer! It's remarkable to think that this all started with one simple sketch. OUP needed the final illustrations ready for the Frankfurt Book Fair (last year), which is where the title was launched.

Did any pages in particular cause BIG trouble?

Even though this book required a lot less detail than 'The Queen's Hat', there were still some challenges with the drawing. I wouldn't say that any spread in particular caused a problem. The overall challenge was just figuring out Betty: her facial expressions and her body language. I was less interested in the anatomy of a gorilla and more interested in capturing the look of an animated toddler. I wanted Betty to be really expressive, so I decided to make my marks expressive and bold. Because there are so many images of her, it took a while to get the 'Betty' look right for each illustration.

The best people to ask are my mum, dad and step-dad. They could probably tell you a story or two. But I do remember one massive tantrum I had. I must've been about five. I used to hate going to the shoe shop. My poor mum! I have this vivid memory of balling my eyes out while collapsed on a set of steps in a pedestrianised road in a busy town, while my mum tried desperately to coax me along. It was all because I didn't want to get new shoes. It's silly really. I did cave in though, and I did get new shoes. 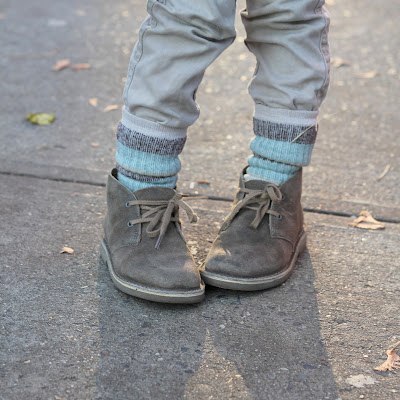 Can you remember any particularly embarrassing incidents?

No, not related to tantrums anyway. I did get embarrassed real easily as a child though. My face would turn bright red and my ears would burn like crazy. That still sometimes happens.

4.       Gorilla suits are perennially popular – what would your fancy dress costume of choice be?

A steampunk version of the Mad Hatter. That would be pretty cool.