The First Slodge by Jeanne Willis and Jenni Desmond 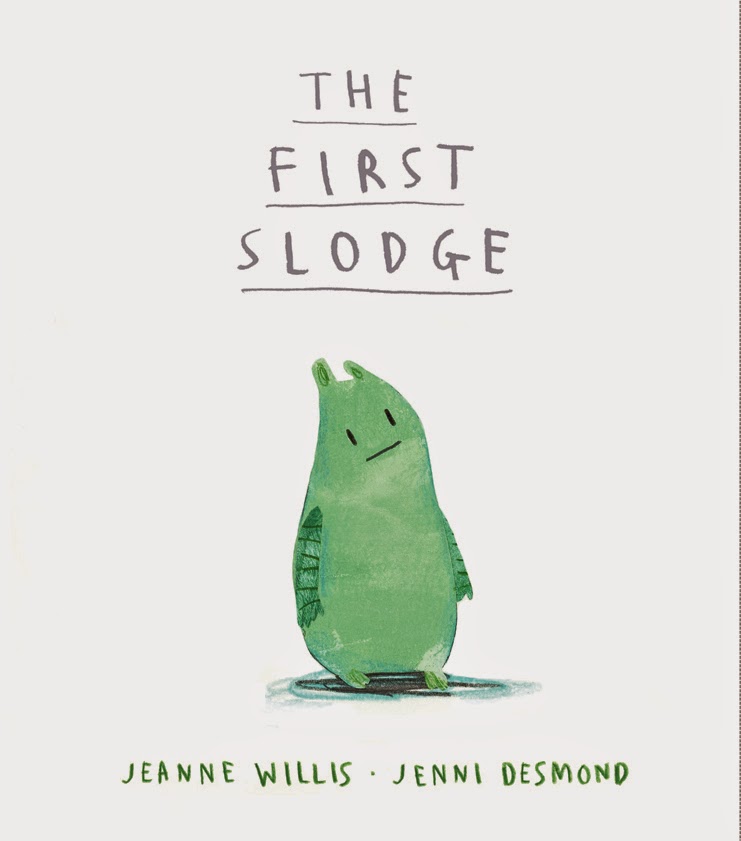 Once upon a slime, there was a Slodge. The first Slodge in the universe. She saw the first moon and stars, the first fruits and flowers. “Mine, all mine!” she said. But what if there was not just one Slodge . . . but two?

Jenni's sublime ethereal illustrations perfectly encapsulate the epic and wondrous expanse of the planet as the first slodge arrives alone and in awe, to enjoy the moon, stars, flowers and all the planet has to offer. How will Slodge cope with sharing when Slodge number two arrives?
A magically spun tale with echoes of Adam and Eve written by award-winning author Jeanne Willis who tells this beautiful story with sensitivity and gentle humour.

We are beyond thrilled to be able to welcome illustrator
Jenni Desmond to Book Sniffer Towers to tell us more about her work on this magical beginning of time tale.

Hi Jenni thank you for joining us, What's your idea of happiness?
'Lasagne' 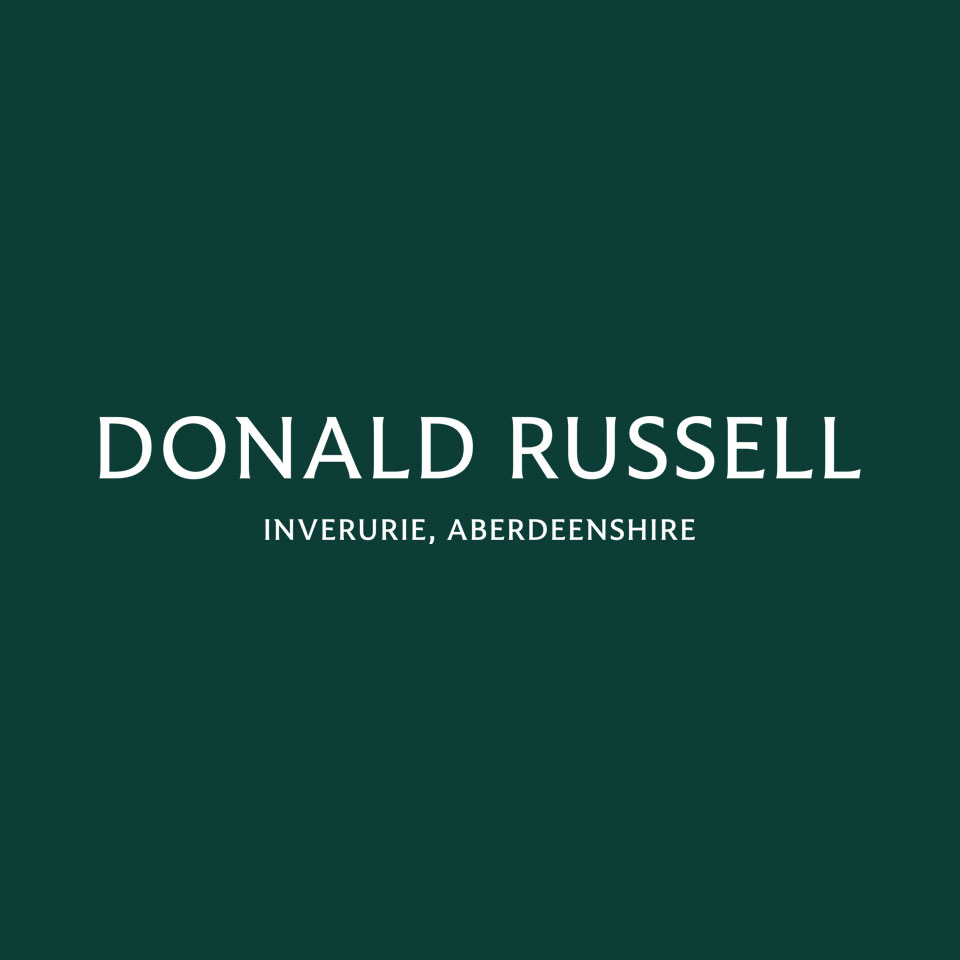 If you were the first inhabitant of a new planet who would you most like to be the second inhabitant? And which three items/places/creatures or foods would you like to discover first?

I’d like my partner to come to my new planet. Usefully he's an architect so he can design us a grand palace to live in.  I would like some tools, a record player, and some sheep. Then we can spend our days drawing with charcoal, carving things like furniture and utensils, exploring, building the palace, weaving textiles from wool, milking the sheep, and cooking delicious things.  This was probably a very practical answer but to me it sounds like heaven. 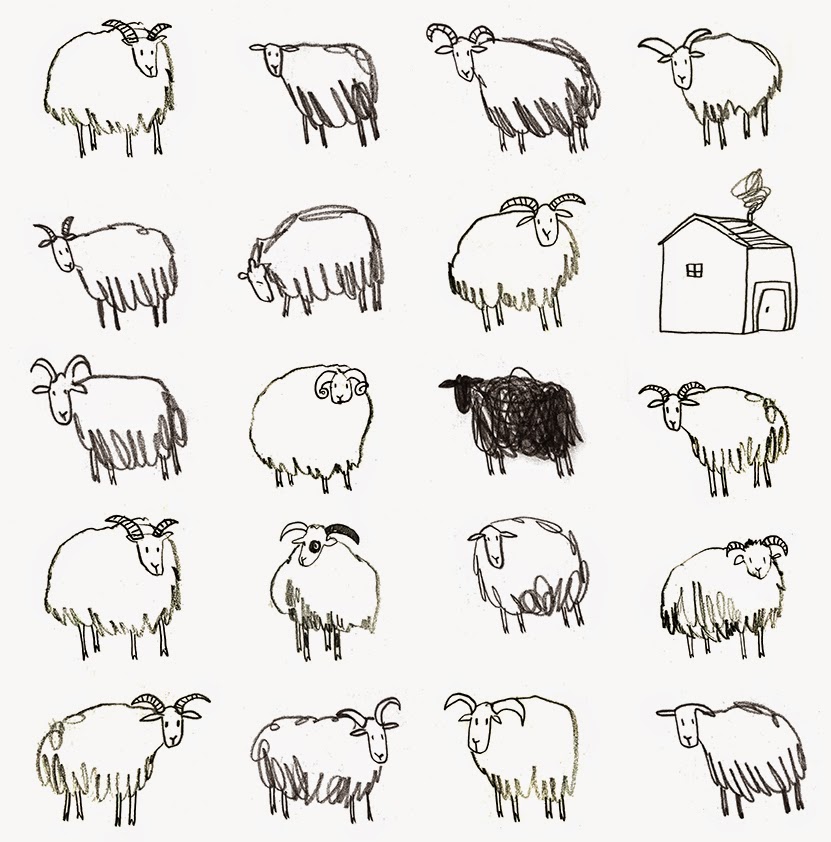 Which is your favourite illustration from The First Slodge?

The thunder and lightning, I love painting moody skies. 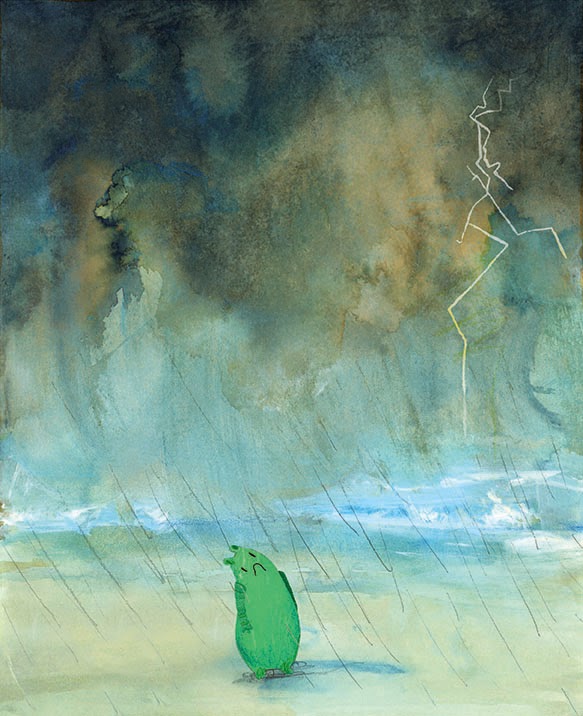 Did the appearance of the Slodge change much from your initial concept sketches to the finished illustration?

I always felt that a slodge was going to be quite slithery and splodgy.  I drew lots of ideas of slodge-sounding creatures, and then my editors and I chose the characters we liked the best and then I developed him in lots of different colours and positions.  I wanted his colour to be green as he emerges from slime, which I imagined to be swampy. 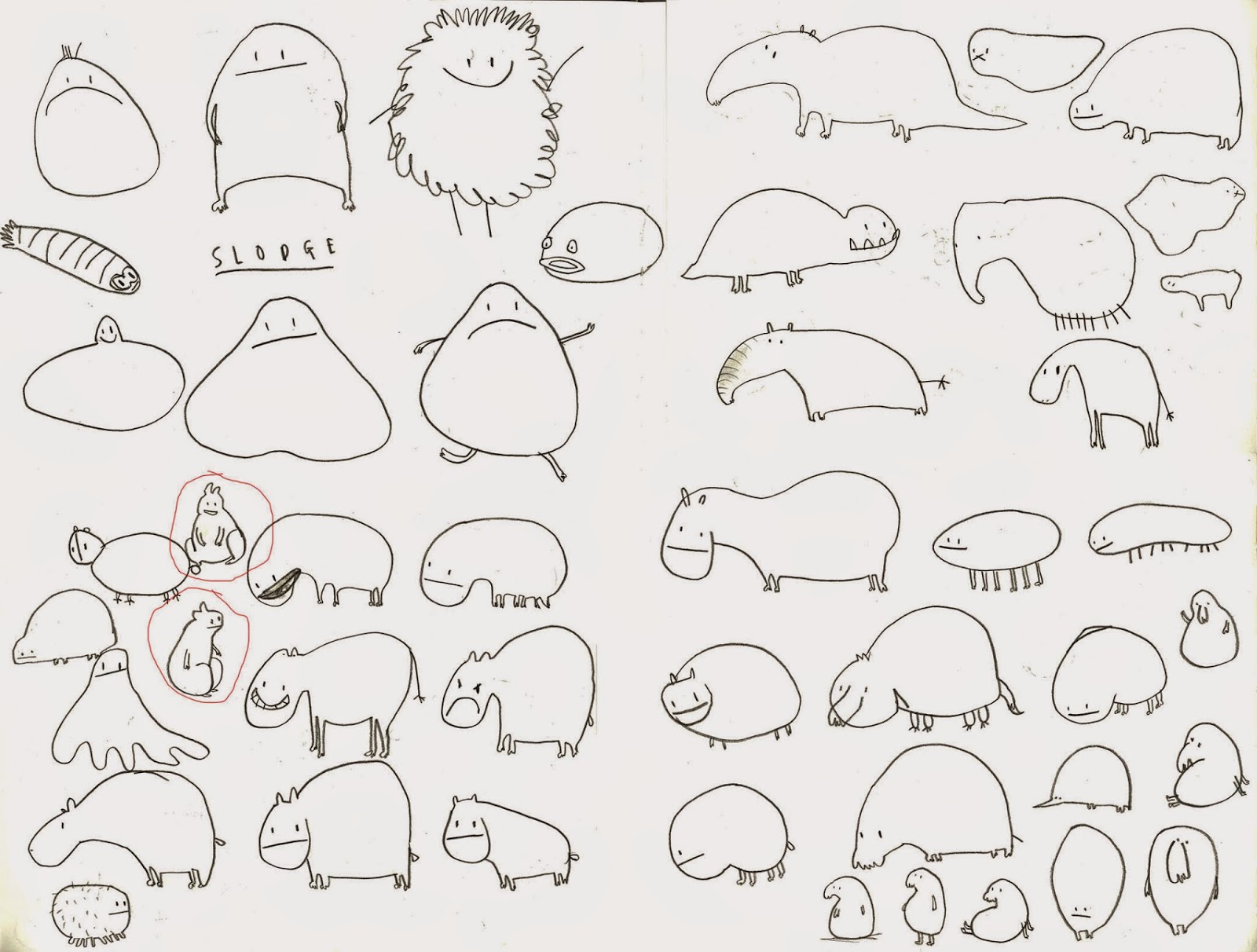 If not yourself, who would you most like to swap places with?

I think it would be a nice life to be a domestic cat.  You’re free to race around doing whatever you want, wreaking havoc, but always have a comfy bed, food and a stroke to come back to.

The sea.  I love to be near water. 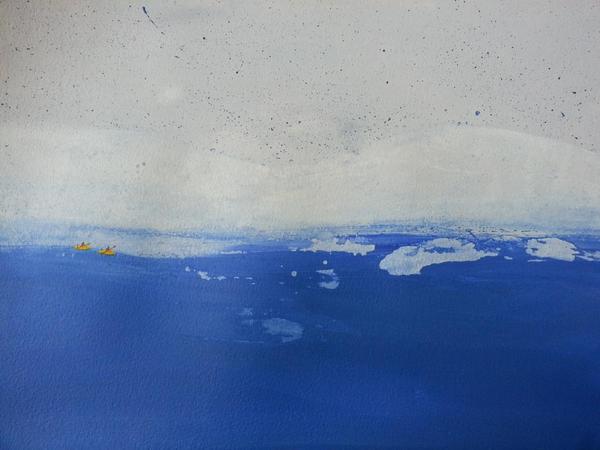 The train journey from London down to Penzance in Cornwall is breathtaking.  But I think it’s actually my new morning commute.  I live on the edge of a park in London, and have just moved studios to one situated on the exact opposite side of this park.  So I ‘commute’ across it every morning smiling.

What’s your working space like? And which three tools of your trade could you not live without?

It’s a desk space in an open plan studio full of artists.  I tend to stick all of my work on the walls when I’m creating, and throw paint everywhere, so the messier my space is, the harder I am probably working.  I use a lightbox constantly, and also a mechanical pencil and a good pencil sharpener.  I also recently bought a second hand Knoll Generation chair which has changed my life.  But that’s four things now. 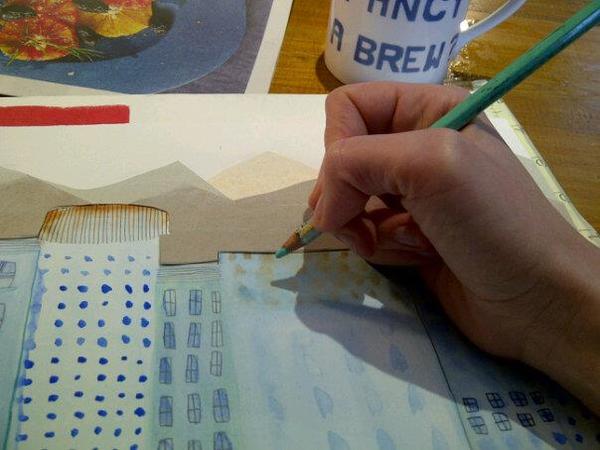 What's your favourite motto?
The harder you work the luckier you get.

Aside from illustration which talent would you like to be gifted with?

Sewing.  I try but I’m too impatient and end up throwing it across the room in a tantrum.

Which piece of advice would you give to newly graduated illustration students hoping to break into the children’s illustration industry?

Keep trying, keep creating new work, and keep improving.  I think passion and persistence are the most important things.  It’s also really important to be professional, stick to deadlines and be someone that publishers can find easy to work with.  Also I found that listening to advise and criticism helped me improve greatly.

With HUGE thanks to Jenni and Antonia