How to Fight a Dragon’s Fury by Cressida Cowell published this autumn and as illustrated Fiction goes it's pretty special.


We are very lucky to have been invited into Cressida's writing den to have a sneaky look at some of her trademark sketches for the latest and sadly last in the the How to Train Your Dragon series. 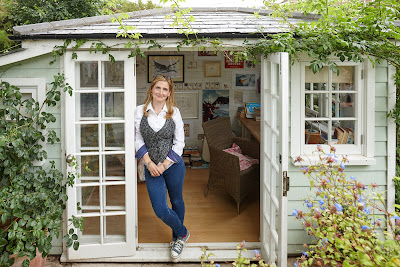 "At the end of this day, either the humans or the dragons will face extinction. Can Hiccup save the dragons? First he must defeat the Dragon Guardians of Tomorrow, and then he faces the Dragon Furious and end the Rebellion… ALONE. The VERY beginning of the first book starts with a question: did dragons exist? You may have noticed that as the series has developed the question changed to: if dragons DID exist, what happened to them? I’ve known the answer for 15 years, now it’s time for you to find out…" - Cressida Cowell 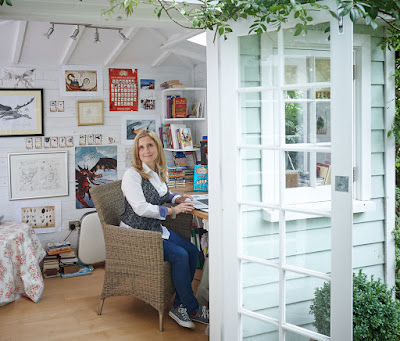 The How To Train Your Dragon books have always been highly regarded in the Sniffer household, the charming and snortluagherous illustrations by Cressida Cowell herself really really add a great authentic quality to the story and a fantastic insight into Cressida's imagined world.

With a mighty 12 books in the series there is no doubt it has ignited a passion for books in thousands and thousands of young readers and I would have no doubt inspired a great many to pick up a pen themselves. It just so happens Cressida's picture book 'That Rabbit Belongs To Emily Brown' (Illustrated by the delightful Neal Layton) was the very first book I worked on when I began my publishing career at Orchard Children's Books many years ago.


So here for your delectation and delight are a selection of illustrations from the very last book in the How to Train your Dragon series! Magical maps, Hilarious Hiccup and a myriad of monstrous dragons. Enjoy! 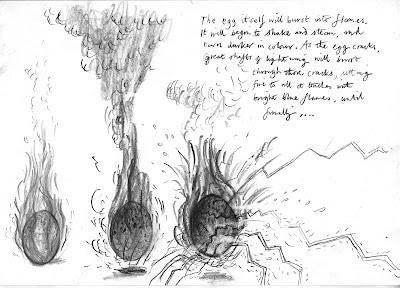 "Here is a Map of Berk. I’ve always loved a good adventure story, such as Treasure Island by Robert Louis Stevenson. He started that story by drawing a map – the pirates and Long John Silver climbed out of that map and into his imagination. Like Robert Louis Stevenson, one of the things I did when thinking about How to Train Your Dragon was draw a map of Berk. This helped me start building the world and who would live there." 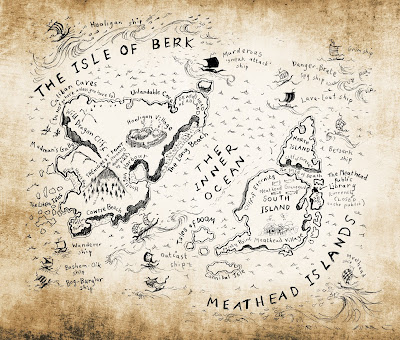 "In the first volume of Hiccup’s How to Train Your Dragon memoirs, Hiccup Horrendous Haddock III was an awesome sword-fighter and greatest Viking Hero who ever lived. But it wasn’t always like that. In the beginning, Hiccup Horrendous Haddock III was not loud enough to make himself heard at dinner with his father, Stoick the Vast and CERTAINLY not stupid enough to go into a cave full of dragons to find a pet. It was important to me that Hiccup wasn’t a classic big, strong Viking. I wanted to write about an ordinary, unimpressive-looking Viking, who shows everyone that he can STILL be a Hero." 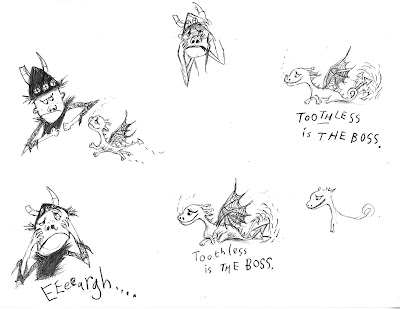 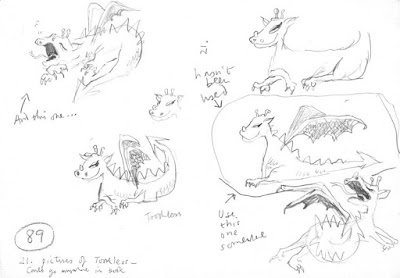 We are very excited to hear what Cressida will be penning next! We anticipate something epic and fun filled ...

Cressida Cowell grew up in London and on a small, uninhabited island off the west coast of Scotland. She was convinced that there were dragons living on this island, and has been fascinated by dragons ever since. Cressida has written and illustrated twelve books in the popular How to Train Your Dragon series which has sold over 7 million copies worldwide, and is published in 37 languages. How to Train Your Dragon is also an award-winning Dreamworks film series, and a TV series shown on Netflix. Also the author of picture books, Cressida has won the Nestle Children's Book Prize and has been shortlisted for many others. She has been a proud Ambassador for the National Literacy Trust for almost ten years. Cressida lives in Hammersmith with her husband and three children. Check out Cressida's website: www.howtotrainyourdragonbooks.com 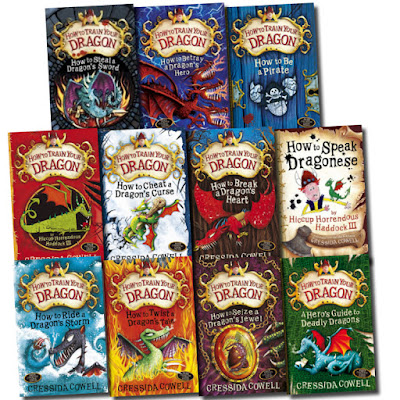 Why not take part in our Twitter competition! #WIN a complete set of How to Train Your Dragon books plus a copy of Cressida's beautiful Incomplete Book of Dragons kindly donated by Hodder Children's Books - Pop over to Twitter an RT and follow @maybeswabey  #HTTYDCOMP - Comp Closes 2/12/15 UK only - winner picked at random GOOD LUCK!
Posted by Pure Pirate at 01:24