The Liszts by Kyo MacLear and Júlia Sardà 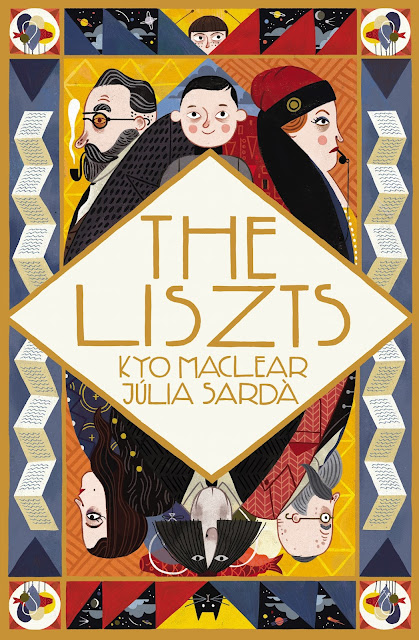 The Liszts by Kyo MacLear and Júlia Sardà and is one of the most intensely intriguing books to appear on my shelf in ever such a long time, the mysterious jewel-like cover reveals a deliciously dark  hauntingly insular family of avid list makers. From David Bowie songs to winged insects and exotic illnesses, everything but everything is meticulously added to each family members preferred list..... that is until a strange unexpected visitor arrives one day, un-noticed by most of the family but embraced by the youngest. A prophetic message about living in the moment and emerging yourself in life. 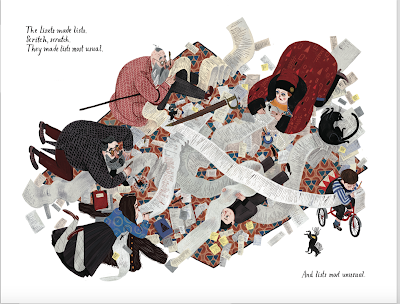 The uniquely sophisticated illustrations demand to be poured over as if the reader were observing the story unfolding through a crack in the doorway.

Celebrating the joy of spontaneity
The Liszts is utter perfection and a classic in every sense. 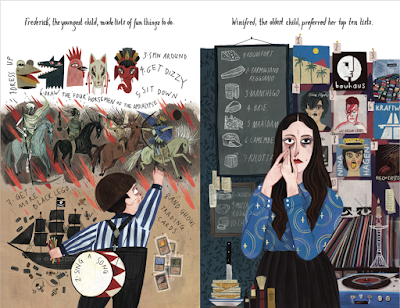 Win a copy of one of this year’s most unique and
spellbinding picture books,
The Liszts by Kyo Maclear and Júlia Sardà!

So, what can you do to win a copy of this stunning book? Well, we want to see your lists! Specifically, a list of things that bring you joy!

The Liszts make lists of things both usual and unusual, like lists of fun things to do, dreaded chores and the greatest football players of all time. Your list can be as short or as long as you like, but you’ve got to get creative.

This competition is UK only and will close on 15th December 2016, after which three winners will be chosen.

With HUGE thanks to Harriet at Andersen Press for helping to organise this fabulous competition! 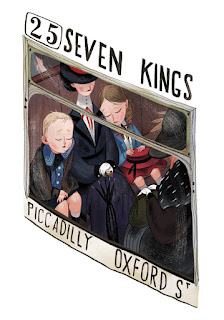 Kyo Maclear is a self-professed spork—her father is British and her mother is Japanese. She was born in England, but moved to Canada at a young age. Spork, the story of a mixed kitchen utensil and Kyo’s debut book for children, was originally conceived with her husband to celebrate the birth of their first child. Kyo now resides in Toronto where she shares a home with two sons, two cats, a musician and a truckload of books.
In addition to writing for children, Kyo is also a novelist and widely published essayist. She is a member of the Writer’s Union of Canada; the Canadian Society of Children’s Authors, Illustrators and Performers (CANSCAIP); the Canadian Children’s Book Centre; IBBY-Canada; and the Association for the Study of Literature and Environment. She is represented by Jackie Kaiser of Westwood Creative Artists.
Posted by Pure Pirate at 23:03