Hmmm I'm not really sure what I can tell you about this next book, It's supposed to be TOP SECRET.. But you're a trust worthy bunch so I guess there's no harm in telling you a leeeetle bit about this snifftacular gem!

Operation Alphabet - Written by Al MacCuish, Illustrated by Luciano Lozano and Designed by Jim Blestas Published by Thames and Hudson

Let me start at the beginning, I'm not ordinarily a curtain twitcher but this particular morning I had my snout sticking through the nets just checking whether the neighbours had trimmed their lawns when I spotted a mysterious character in a long mac and a trilby hat - He was heading straight toward Book Sniffer Towers with a package wrapped up in brown paper and string! 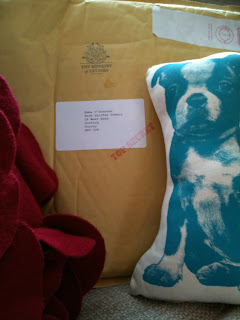 In the blink of an eye he left it on the doorstep and in an instant was gone. I was intrigued as excitements of this nature rarely happens in outer suburbia! 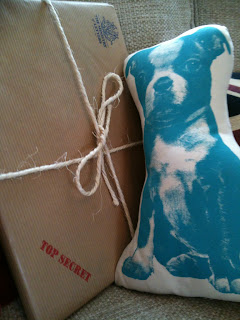 It was a parcel from The Ministry of Letters no less! 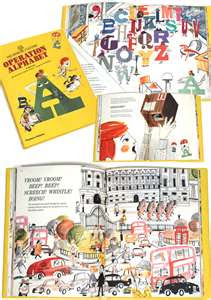 Not only did it contain TWO .. yes TWO sheets of alphabety spaghetti stickers of a most gleesome nature AND a personalised certificate but a copy of a book I have been admiring for some time now *pa pada pa pa paaaa- trumpet fanfare* Operation Alphabet


The mystery and intrigue continues as you are drawn through the slot in a magical top secret post box which happens to double up as Operation Alphabet HQ,The Ministry of Letters - Only known to the elite, her madge the Queen, The Prime Minister,  Spies (no doubt including the sultry chap who delivered my copy), cats .. oh and now PUGS!
Our adventure starts on Charlie Foxtrots first day at school where after a long day catching 40 winks at his desk and general day dreaming his teacher announces  a test that very Friday on the alphabet!


Charlie is flummoxed and baffled by the alphabet and in the depths of despair is saved from an imminent test failing disaster by the letter S (Stan) and the letter O (Ollie) - I too shall hence forth in such emergencies be using the phrase "Holy Macaroni". 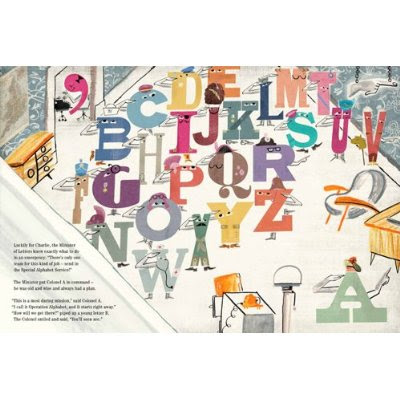 Colonel A rallies the alphabet troops and they embark on a first class dash across the city to help Charlie. After a near miss with a ravenous cat, a nail biting motorbike ride with a duchess and a spectacular Oompah band Charlie finds himself familiar with his new found alphabet friends and aces the school alphabet test with flying colours.

This is a seat gripping-tea-sipping-alphabiting-hunk of a delightful book!
A real beaut and a must for any young sprogs shelf or equally for the fan of the finest picture booky loveliness.

A+ for Operation Alphabet!

THANK YOU to The Ministry of Letters for sending me a copy of this droolsome treat!