A dazzling bouquet of spring highlights....

It's the season of new beginnings, bulbs are peeping their little heads above ground to check for sunshine, chicks and bunnies are bustling for position in the Easter baskets of little sniffers and the supermarkets are stacked to the rafters with chocolaty delights!

So here for you my dear Sniffers is a virtual egg hunt of  spring picture book delights. ﻿ 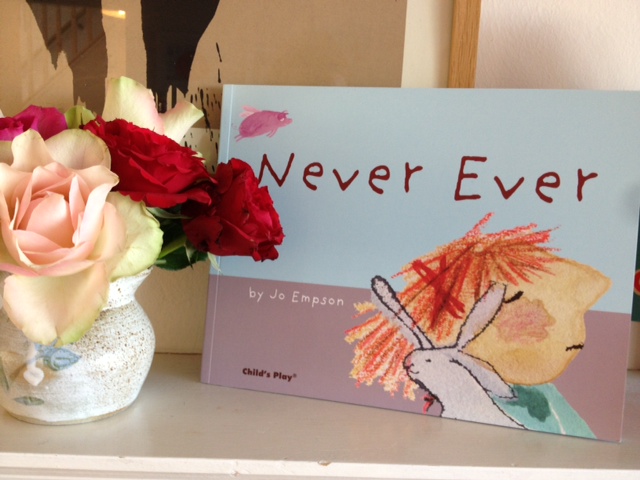 Swiftly following on from her super-successful debut picture book Rabbityness , Jo's new book Never Ever delves into the inner most workings of a child's imagination. Oblivious to the fantastical things happening around her the little girl in this book, firmly grips onto her rabbity companion as they wander through the countryside unaware of the strange and wonderful creatures pursuing them on their adventure (EVEN despite at one point being gobbled up by one, which is a particular highlight)
This beautifully designed book has been thoughtfully layed out with a charming surprise gate fold ending to the story which will amaze and delight little Sniffers. A subtle, reassuring and utterly engaging tale written and illustrated with charm and wit.
Take heed readers, always look over your shoulder because you never know when you too may unknowingly be pursued by a magical menagerie. 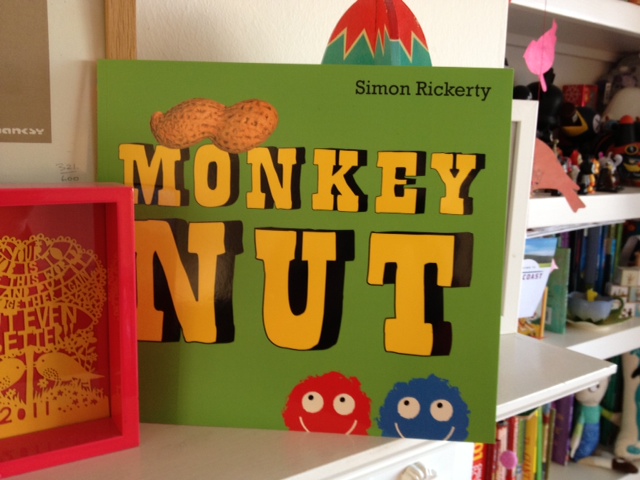 
This is one of those books that smacks you in the face with it wonderfulness as soon as you open it. I've been a fan of Simon's work for quite simply YONKS now and this perfectly represents just why. The concept is simple and engaging as you observe a red spider and a blue spider as they squabble over a rather large but essentially desirable monkey nut.

Amidst the battle for overall nut control they imagine the nut to be amongst other things, a skateboard, a drum a telephone and perhaps my fave a peanut hat (bang on trend, everyone should have one) 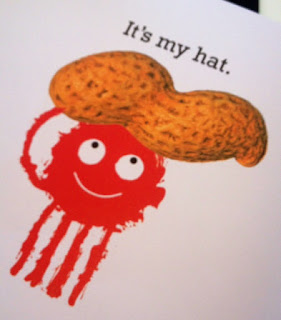 They become consumed to the point of near breakdown with the need to own the nut but there is a third MUCH bigger spider...will he gain the upper hand and swipe the nut for himself...Or will something more unexpected break up this great nut debacle. 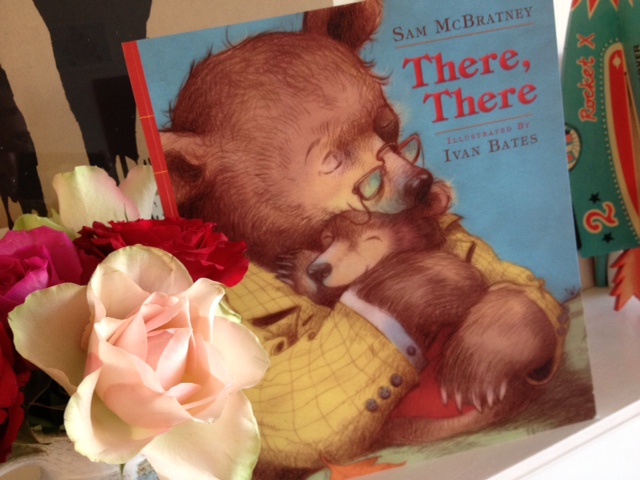 COMING SOON
There, There
Written by Sam McBratney and Illustrated by Ivan Bates
Published by Brubaker, Ford and Friends
an imprint of Templar Publishing

Just in time for Fathers Day this new picture book from the author of Guess How Much I Love You, beautifully illustrated by Ivan Bates perfectly sums up the special and touching relationship between a father and son.
Made even more relevent by the recent statistics regarding fathers reading with their children. There, There is a beautifully observed story following the mishaps and misadventures of a small bear called Hansie as he gets into all manner of scrapes only to be reassuringly comforted by his father. A sensitive and heartwarming family friendly picture book.
﻿ 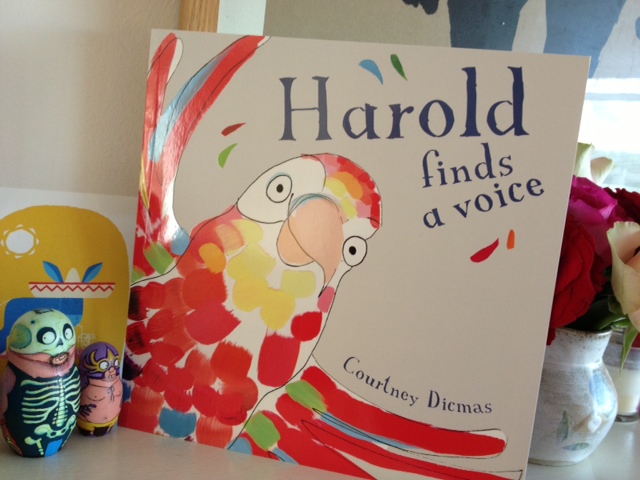 Meet Harold, a Parisian parrot with a very special talent for mimicking the sounds around him, be they household appliances or alarm clocks, copying sounds is what Harold does best. Alas eventually Harold hankers after something more and in a desperate bid to find his own voice fledges his apartment nest and embarks on an adventure exploring the sounds of the big wide world. A joyful story about embracing your differences and making new friends.
A debut picture book which shows great confidence and promise. 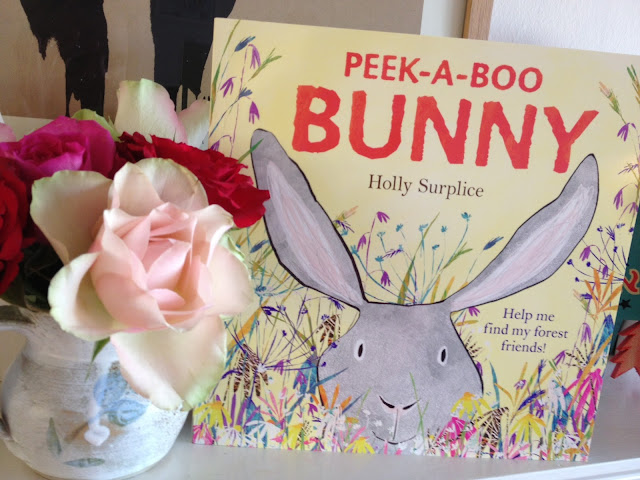 From the ever so talented creator of About a Bear, Holly Surplice has created yet another delightfully playful rhyming picture book.
Little Sniffers will squeal with delight as they try to spot the hidden woodland creatures on each page as we follow bunny in a game of hide and seek.
Bunny is in a complete hurry as he bounds through the woodland looking for his chums, these blissfully classic and tasteful characters will charm your Easter bonnet off. (I have a particular fondness for the tubby little Owl)
Quite simply the perfect book to share with little ones post Easter Egg Hunt! 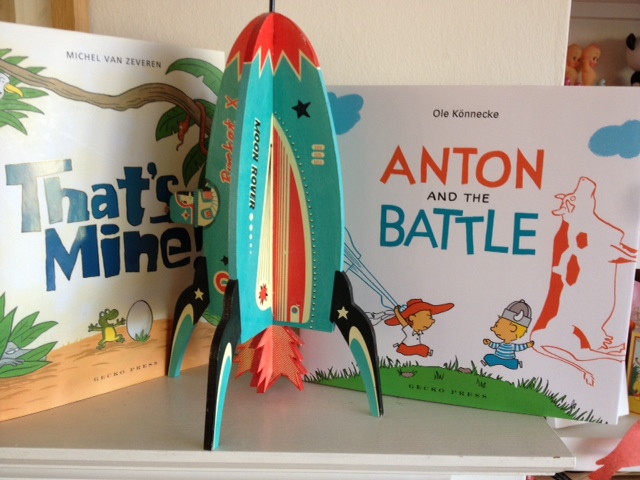 That's Mine! by Michel Van Zereren
and
Anoton and the Battle by Ole Konnecke
Published by Gecko Press

My heart always flutters a little when a parcel arrives from Gecko Press, they take such care to package the books they send so beautifully and I must say these packages of wonder rarely fail to delight.

That's Mine is a familiar story of the unknown parentage of a mysterious egg. In this particular case a small frog claims ownership of an abandoned egg only to be challenged for custody by many other creatures. The battle continues until an unfortunate incident with a large elephant who manages to settle the disagreement once and for all. Alas and alack that poor little frog may regret his new role as parent once he discovers just who lies inside that precious egg.

Clever page layouts and varying font sizes make this a fabulous story to join in with and one to read over and over again.

Anton and the Battle delivers a simple concept in a sophisticated and stylish format. Two small boys test their friendship as they confront each other with various imaginary
challenges only to finally bond in a moment of terror involving a 'ferocious' dog. A beautifully conveyed idea with contrasting colours and simple line drawings illustrating this fabulously entertaining battle of wills.
Little Sniffers will absolutely relish in guessing how each child will out wit the other.
Bravo a winning picture book on all levels! 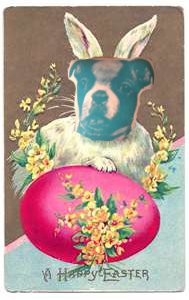