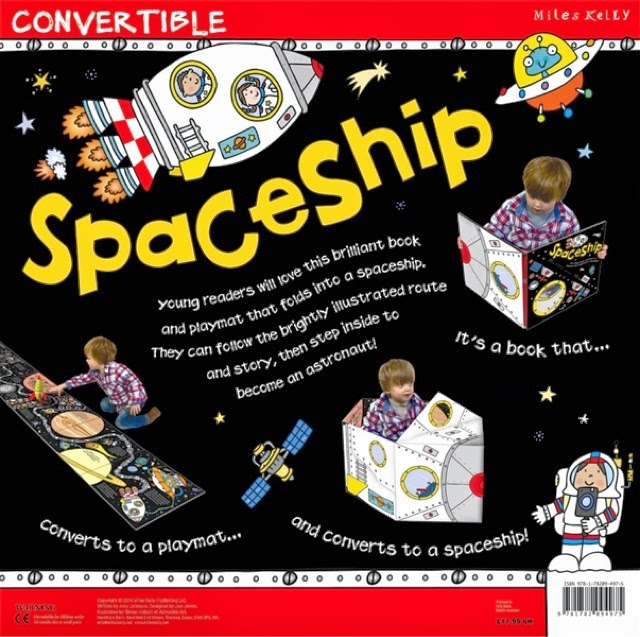 Personally I simply can't imagine anything more thrilling than a book which you can actually get inside!
This is something altogether more spectacular, A book which after you've enjoyed the story and spotted numerous googly eyed aliens, converts into a space rocket, well I was completely aghast! And so was Little Sniffer.
What an utter treat. I think I might be purchasing a few more copies for other budding astronauts - I will also be enquiring as to whether anyone publishes these in grown-up sizes.
Bravo for imaginative intuitive publishing.
This book really is an interstellar hit!
http://www.mileskelly.net/spaceship 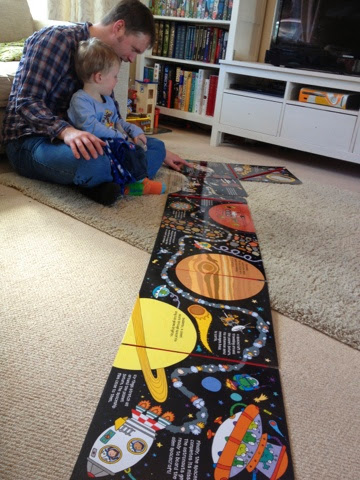 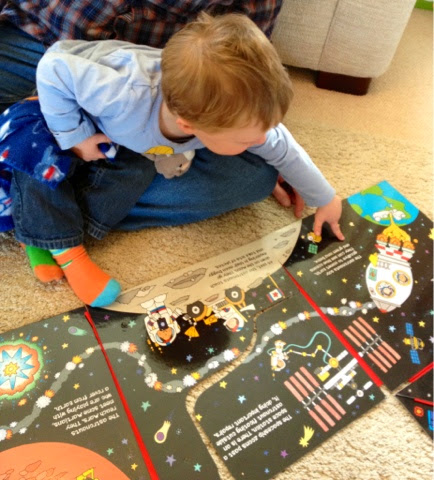 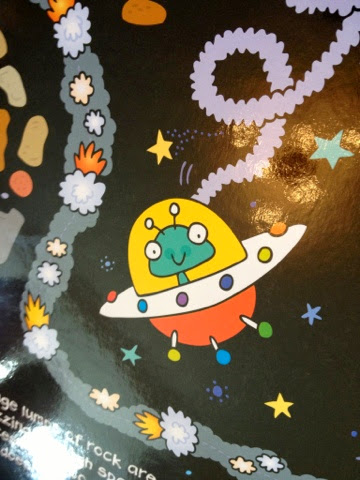 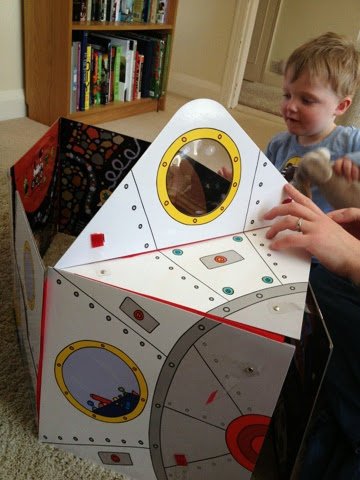 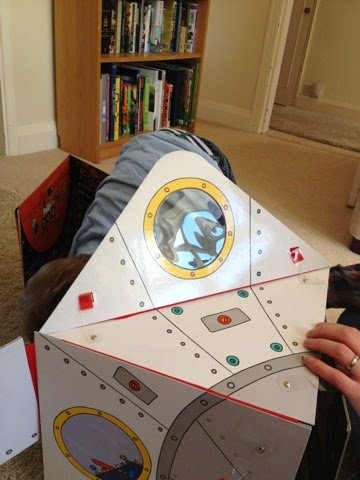 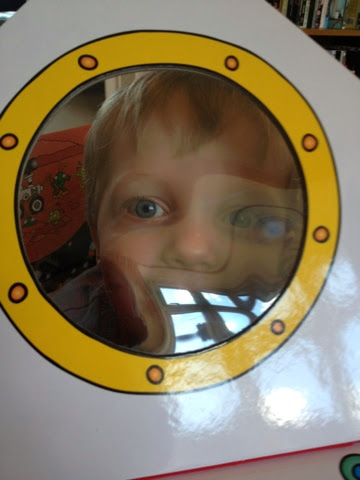 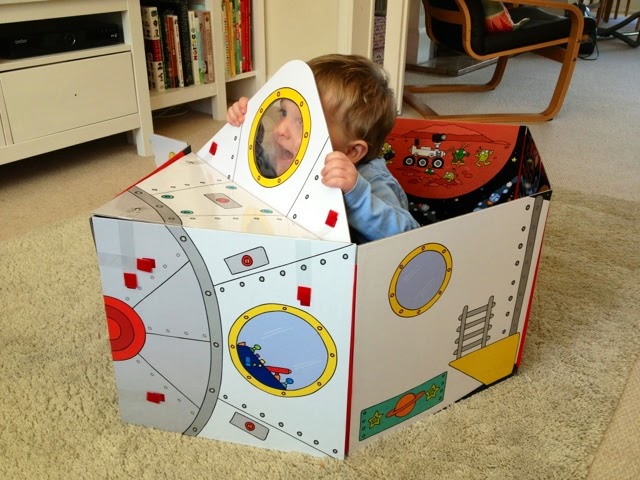 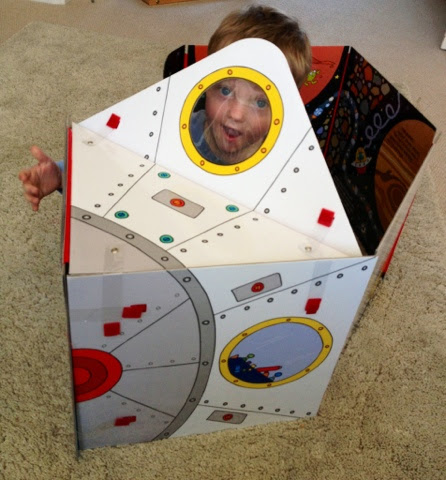 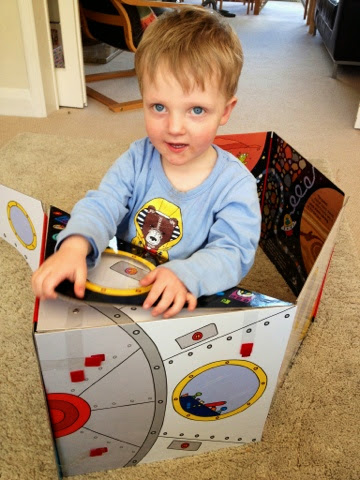