A pickled egg with Guy Parker-Rees

You simply can't have failed to notice that it has been ever so slightly sweltering out in the big wide world today!...
Mouse doesn't much like the heat or the sun for that matter (must be something to do with her Vampiric tendencies) so I took it upon myself to head out handkerchief hat on head to the seaside for a bit of promenading...

You never guess who I bumped into on the pier bucket and spade in hand...only nicer than a tickle on the tummy Mr Guy Parker-Rees!

I hastily finished off my fab lolly  and as I was about to discard my stick I noticed the distinct lack of joke...what ever has happened to those cracking lolly stick jokes? I thought Guy might have one up his sleeve...Can you tell us your best rib tickling joke Guy?

A Frenchman goes into a bar with a parrot on his shoulder, The barman says “Wow, that’s really lovely where did you get him from?”


“In France”, says the parrot ,“there are loads of them over there.” 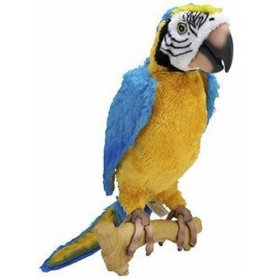 So Mr GPR You've worked with heaps of authors including bonkers as a fruit bat Tony Mitton  and lovely as a slice of warm pie Julia Jarman (who you've just partnered up with for Ants in Your Pants) is there anyone else you'd still like to work with or do you prefer illustrating your own stories?
I once illustrated a play for Julia Donaldson and would love to work with her  again one day, I love rhyming stories. Well, I do like writing stories- but the stories the publishers offer me are usually much better. I go to a Children’s Book writing group in Lewes with other illustrators and authors to try out ideas.

What are you working on at the moment and is it keeping you out of mischief?


I’m hatching an exciting project for a big busy world at the moment- a sort of Where’s Wally meets Richard Scarry on the way to The magic Roundabout.


It’s top secret. No it doesn’t keep me out of mischief- and I’m still shoplifting boxes of eggs and egg timers- I wish I could stop.
Tell us three things we never knew about you?

*I used to sing in a Punk band called ‘Staines’ (not ‘The Staines”)- the manager of the Clash came to see us – he said we weren’t very good and he was quite right.


*As a child I used to bunk in over the fence down by the canal at London zoo on many a sunny afternoon in the Summer Holidays. 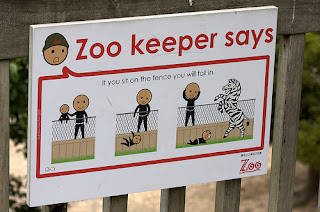 *I hitch hiked from San Francisco to New York when I was 19.
Seeing as we are at the seaside and it's at least 10 minutes since I finished my Ice Lolly What do you fancy from the chippy? (and have you ever eaten a pickled egg?)

I  love eggs in any guise- egg and chips must be one of my fave nosh-ups.

Yes I have had pickled eggs- I feel the vinegar detracts from the true beauty of the essence of egginess.


I would like to try a deep fried Mars Bar one day- but meanwhile I’ll have haddock and chips with mushy peas and don’t be mean with the ketchup (and make sure it’s Heinz and not that cheap acidic rubbish) and a bit of mayo for the chips and a slice of lemon for the fish, no, not wrapped I’ll eat them now, thanks.

Do you like Marmite?
Marmite, yum, especially on soldiers with boiled egg or hiding under a fried egg on a warm slice of buttery toast.

Do you have any secret hidden talents?
I am very good at spotting mushrooms from 100 yards away

- every Autumn  for the last twenty years or more I’ve been out looking for wild edible mushrooms in the woods-you get a sort of sixth sense for where they will be hiding. It’s all the thrill of hunting- only for vegetarians and softies like me.


It’s not really a hidden talent though, I tend to go on about it at any given opportunity. 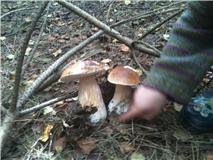 Have you spotted any good picture books which you think we should sniff out on our return to book sniffer towers?

Apart from any book that’s about to come out by anyone I know (that should cover it),I like to browse the great collection of picture books at the Book Nook in Hove. 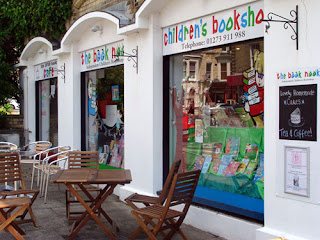 Vanessa, one of the owners, recently showed me a copy of ‘Who’s Hiding’  which I thought was a brilliant, simple concept. 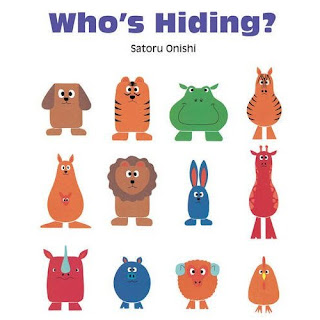 If you want to keep up to date with Guy's latest works of art keep your peepers peeled for these little gems...
Lenny Leopard’s Jungle Dance  has just come out- lots of pull the tab fun with a pop-up at the end. 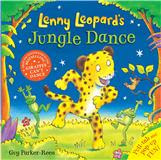 Ants in your Pants coming out in paperback 2nd June