Blown Away an interview with Rob Biddulph

Take off with Penguin Blue on an unexpected adventure in 'Blown Away' the most captivating picture book debut of the year!­
­It’s an extraordinarily windy day and Penguin has a marvellous brand new bright red kite – but where’s he going on this maiden flight? ­Penguin Blue and his friends go on a gloriously illustrated adventure full of good ideas, homesickness and the perils of kites, from the sparkling new talent Rob Biddulph. Devastatingly stylish and eternally evocative this is an essential picture book for the true connoisseur . 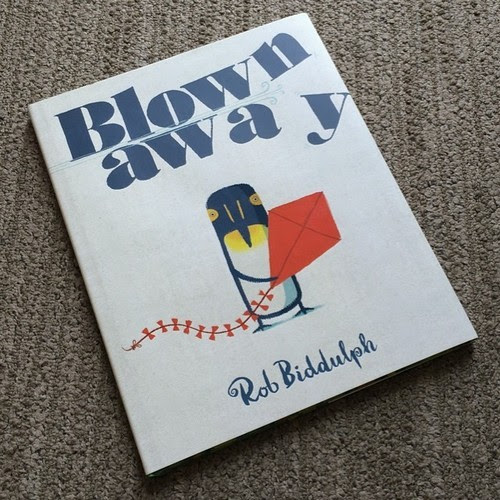 What is your first memory of art?
My mum is an amazing artist and so drawing/painting/colouring was always a big part of our childhood. But I'd have to say that my first memory of art is winning a pen when I was five for the doing the best drawing of a maypole dance. The headmaster came in to the classroom to present it to me. I think it was a biro!

Which books did you enjoy as a child? And which books do you share with your children?


I absolutely LOVED anything by Richard Scarry. I particularly remember reading Storybook Dictionary and What Do People Do All Day? again and again, hunting for Bugdozer on every page. Dingo Dog was my favourite character. I also loved Dogger by Shirley Hughes, The Tiger Who Came To Tea by Judith Kerr and, of course, Roger Hargreaves' Mr Men books. We have all of these on our bookshelf at home plus about a ton more - I'm something of a compulsive picture book buyer. My daughters' current faves include Emma Yarlett's Orion and the Dark, I Want My Hat Back by John Klassen, The Day Louis Got Eaten by John Fardell and anything by Oliver Jeffers. Storytime is the best time of day! 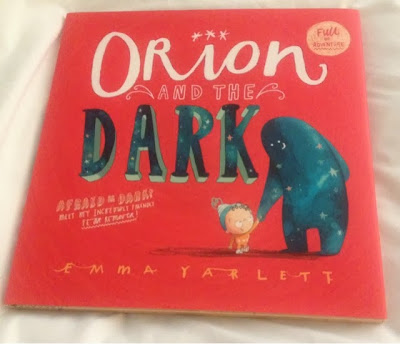 What’s your favourite subject to draw?
Woodland scenes are nice - also jungles and the like. Monsters and aliens are fun too. My subconscious phone-doodle of choice is always fruit. I have no idea why, but whenever I finish a phone call a post-it note crammed with apples, bananas and cherries has magically appeared!

Which is your favourite spread from your picture book Blown Away and why?
The jungle spread when the gang have just crash-landed. It was fun dotting the penguins and their scattered cargo around the scene. There's a surprise or two hidden in there as well...

If you could only choose one essential tool of your trade which would you choose and why?
Is it too obvious to say my pencil? A colleague at the Observer bought me some really beautiful ones - Palomino Blackwing 602s. Chuck Jones' pencil of choice don't you know. It really is beautifully balanced (how pretentious does that sound?). From a tech point of view it would be my Wacom tablet and Intuos 3 Art Pen. 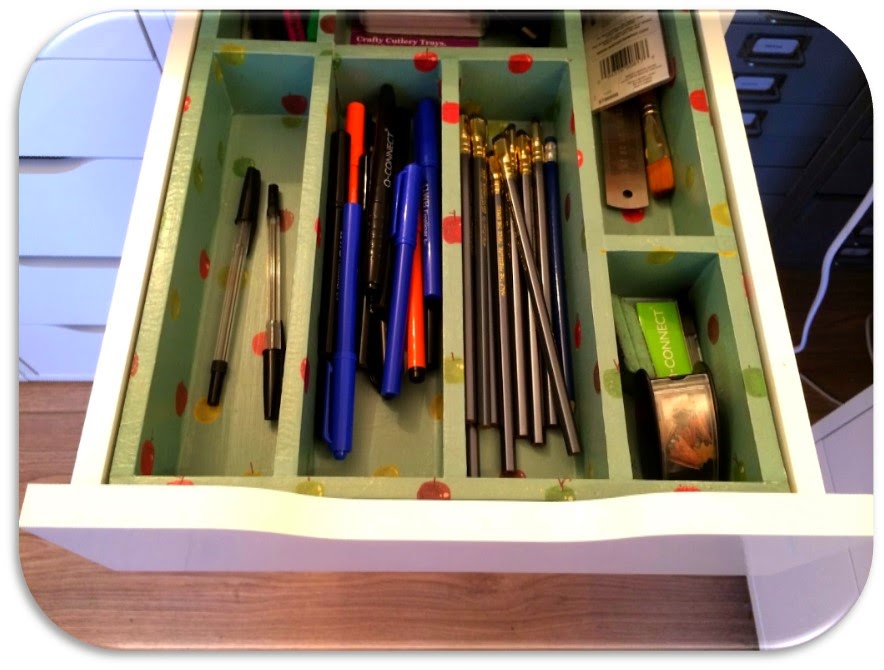 How did you feel when you first saw your book in print?
It was a really weird feeling actually - almost like an out-of-body experience. I couldn't quite believe that there was an actual, real, hardback book with my name on the front. Just SO exciting! I can't wait to see one in the actual shops.

Which three piece of advice would you give to illustrators trying to break into the publishing world?
1. Sketch, sketch and sketch some more. You only find a style of your own if you draw your way to it! An individual, immediately identifiable style is SO important. Try and keep a sketchbook with you at all times - you never know when inspiration will strike! 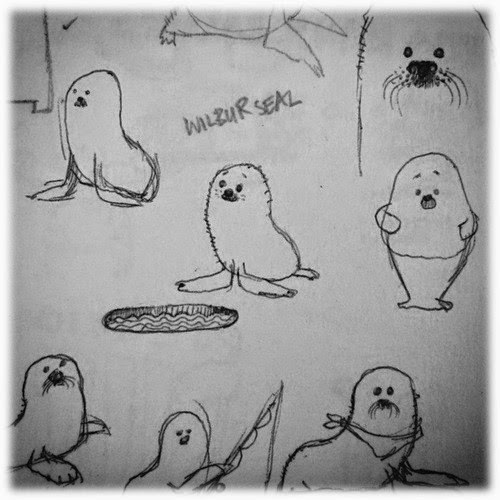 2. Tailor your portfolio to your target market. The first thing that my brilliant agent (Jodie Hodges of United Agents) asked me to do was draw all of the children's book staples - a pirate scene, a dinosaur scene, a space scene, animals, children etc etc. Not only do you end up with a portfolio that publishers can readily identify with, but it can also really help you to hone you style and test it's adaptability too.

3. Don't give up. There probably will be some rejections along the way but remember that a most opinion regarding illustration is subjective. It's not like maths where there's a definite right or wrong answer. If you really believe in yourself and what you're doing you'll be fine. Also, in my experience publishing can be quite a slow-moving process, so having some patience will definitely stand you in good stead! 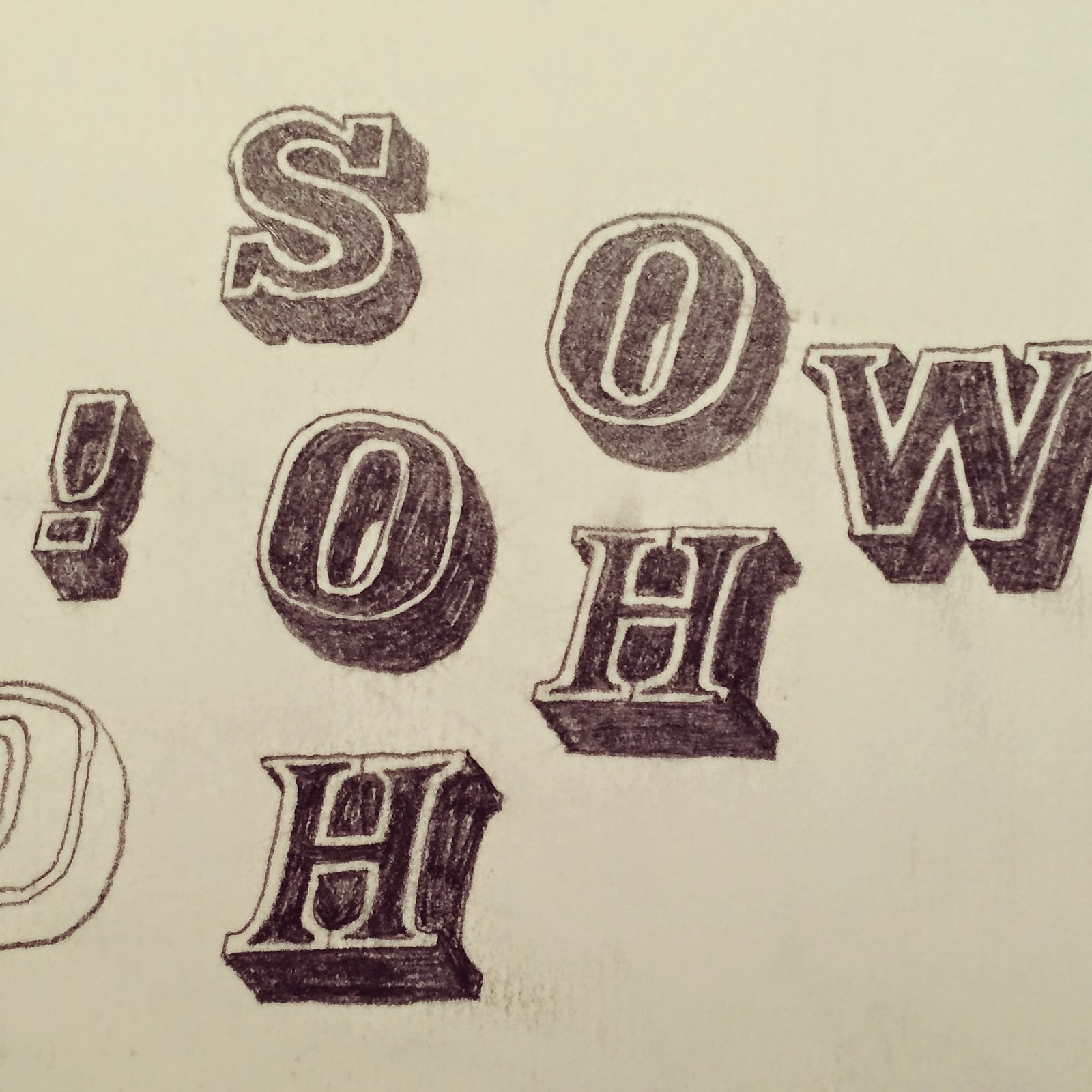 What’s the best piece of advice you’ve ever been given?
The head of my degree course once gave me a pep talk and told me that talent always rises to the top eventually. If you're good there will always come a point when people notice that you're good. His words were a great comfort when I first left university and began looking for a job!

Apart from illustration what’s your biggest talent?
Probably football. I was a decent player when I was younger and had a couple of offers to play semi-professionally. I was at uni at the time and I had to decide whether to throw myself into football, training four or five times a week, or get my head down and work. I chose art. Hopefully I made the right decision. In all honesty I don't think I would have been good enough to play football at the top level. Probably not anywhere near it.

Which three things inspire you most?
My three daughters, Ella, Kitty and Poppy. Does that count? They are endlessly fascinating, funny, clever and, er, weird. They are also my picture book guinea pigs - their feedback has been invaluable. Plus they come up with most of the ideas for my stories - but don't tell them or they'll be after their share of the royalties!

What’s next?
Well, I'm halfway through book two at the moment and it's going pretty well so far. It features a brand new cast of characters and I really hope people will like them as much as they seem to like those in Blown Away. Book two has to be finished by the end of January. I also have a few other exciting illustratey (is that a word?) bits and bobs in the pipeline, plus I have to design the Observer Magazine every week (available in all good newsagents every Sunday). It's a really busy time but really, really good fun.


ORDER YOUR COPY OF BLOWN AWAY HERE...


With many many kind thanks to
Harper Collins Children's Books
(especially Nicola C) for their support.
Posted by Pure Pirate at 23:27