The Big Blue Thing on the Hill - Creating a BUZZZZZZ 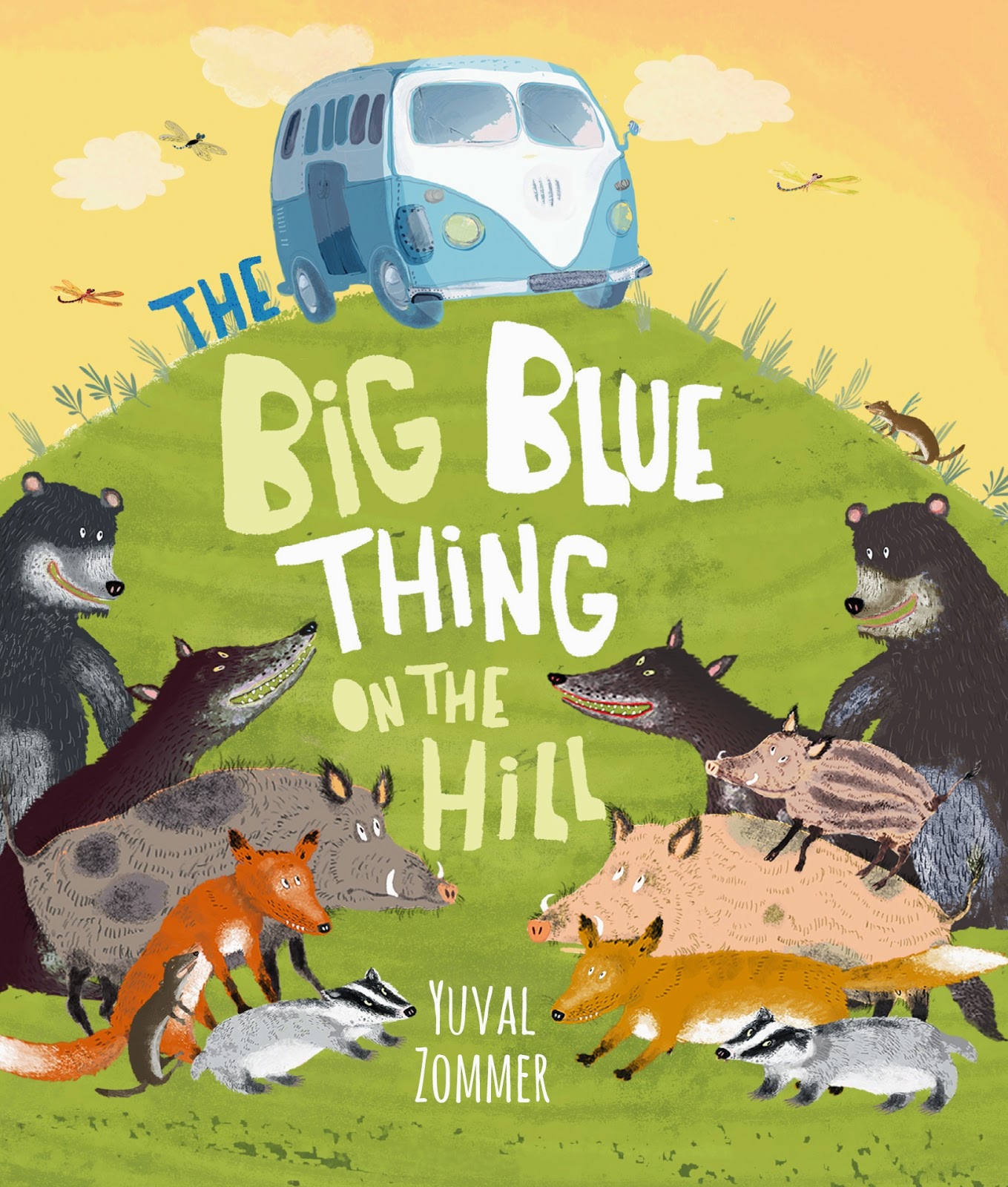 It's always completely thrilling to be introduced to a new illustrator and during my time at Templar Publishing Yuval Zommer has to be one of the most charming and unique finds on my list of top favourites.

Represented by Penny H at the Caroline Sheldon Agency Yuval has an extensive and enviable career at some of the top advertising agencies in the world so it was a great treat to hear he was creating his very first picture book. With his off beat sense of humour and unique and contemporary style it is sure to be a huge hit.

In advance of his inaugeral Children's Illustration exhibition at Hornsey Children's Library Yuval has joined us to tell us a bit more about what we might see in the exhibition and to give us a very sneak peek at some of the work which will be exhibited.

A Word from Yuval:

Here's a sneak preview of some of the beautifully bonkers bugs, beetles and bees from Yuvals exhibition.. 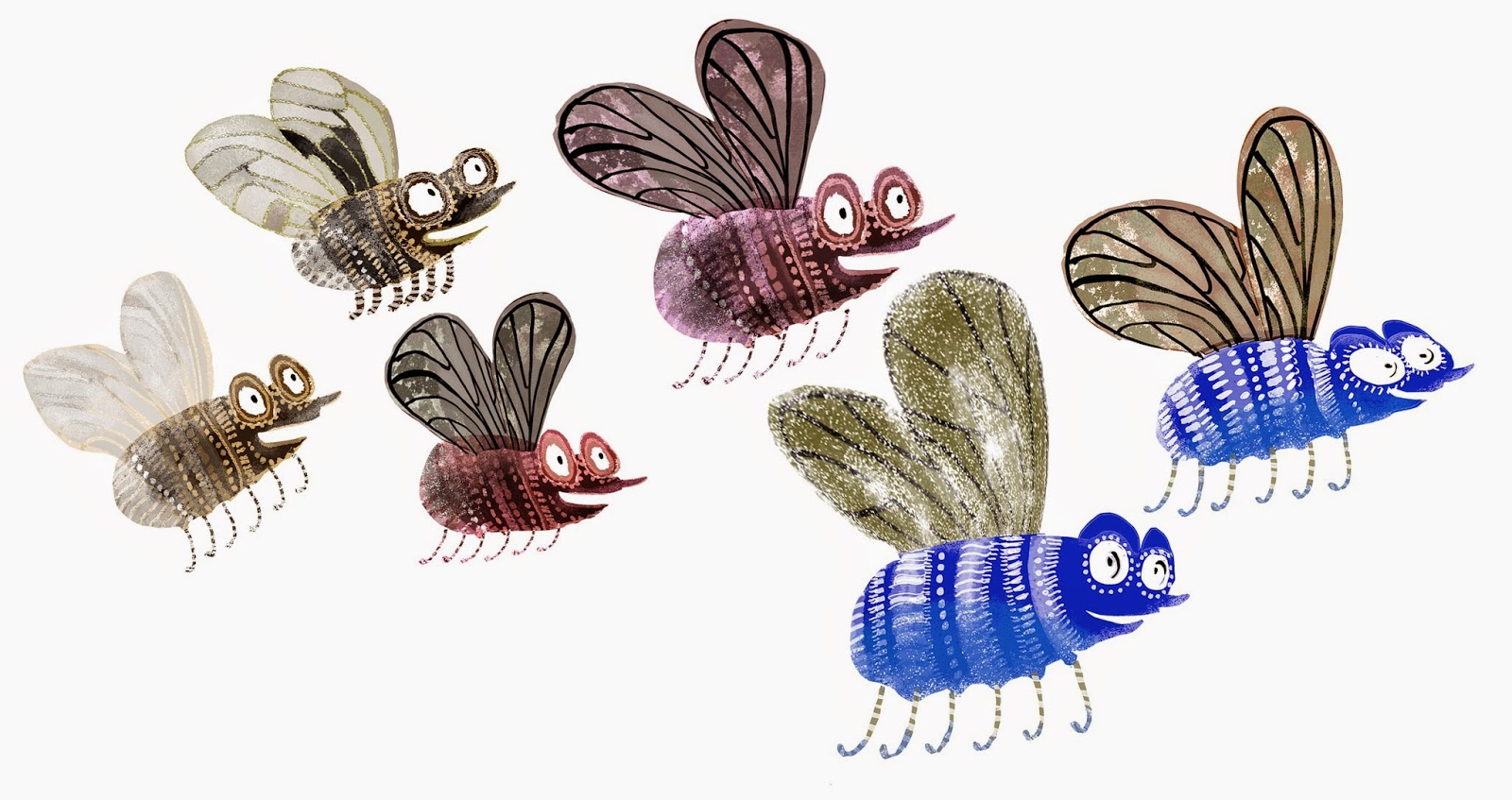 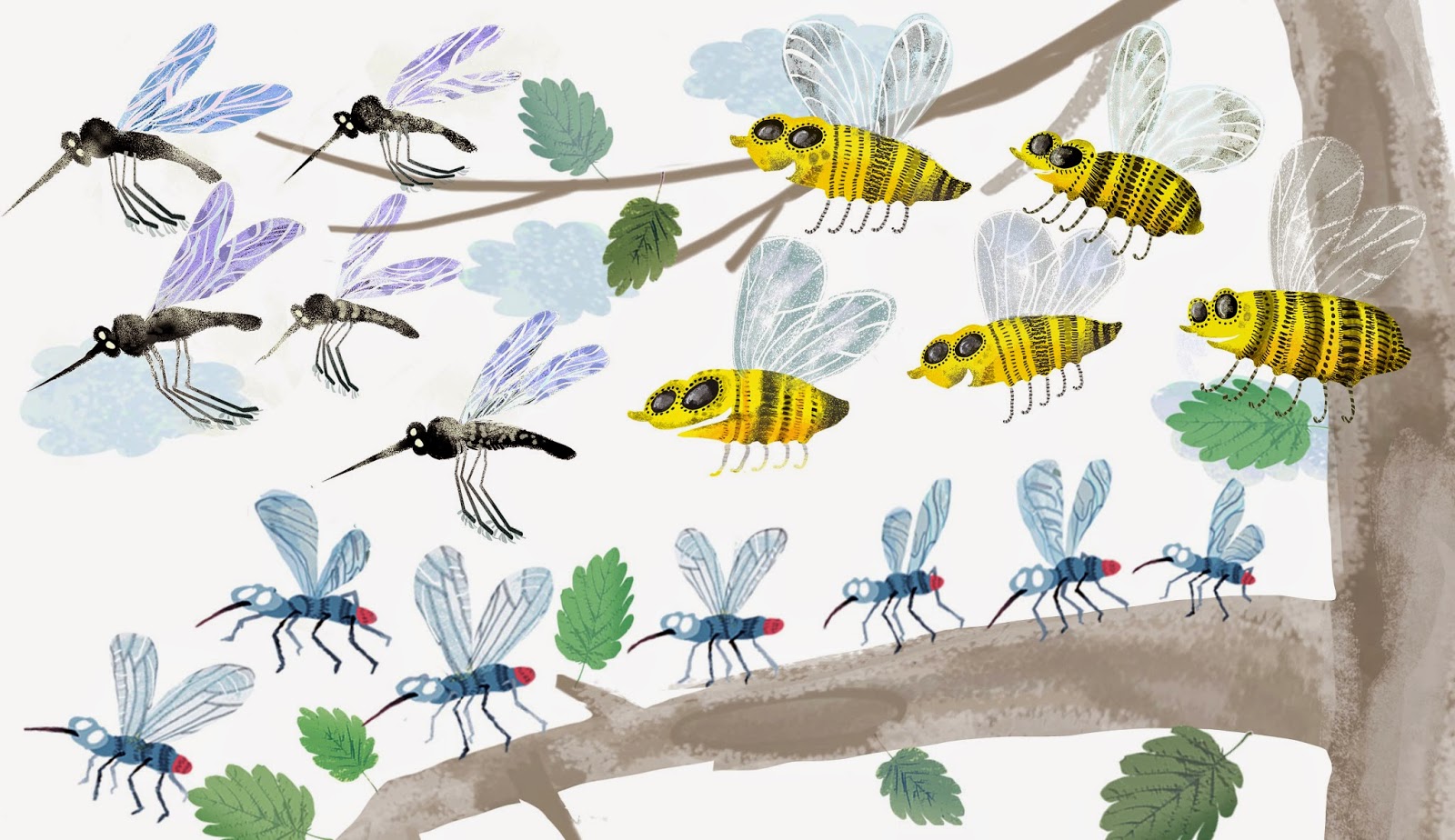 We highly recommend you fly along to Yuvals show at
Hornsey Children's Library
from
3rd - 21st September!

REVIEW
The Big Blue Thing on The Hill by Yuval Zommer

The residents of a peaceful and sleepy forest near
Howling Hill are puzzled to discover a Big Blue Thing has appeared in the middle of the night.
What could it be? and more importantly how can they get rid of it? 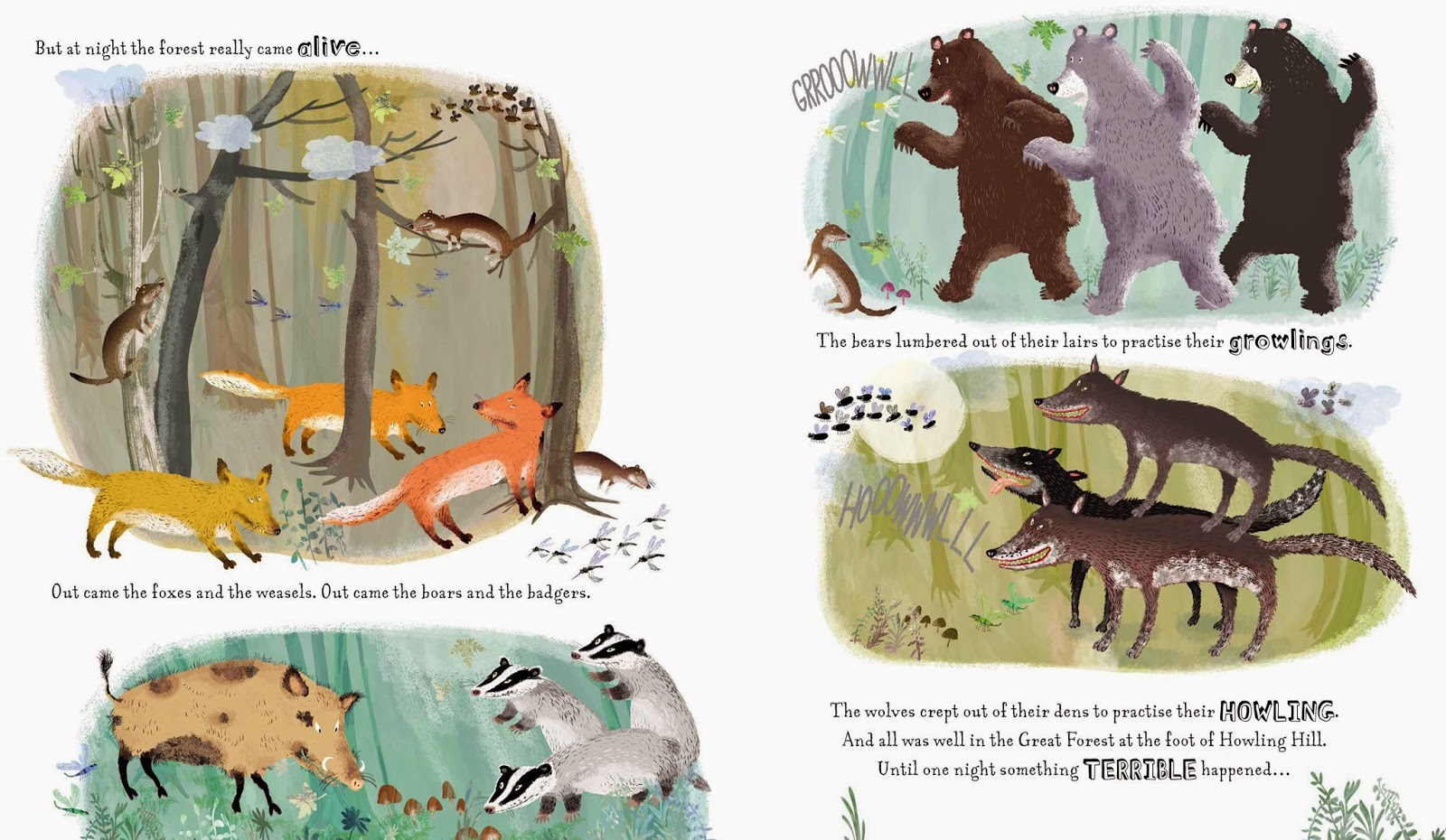 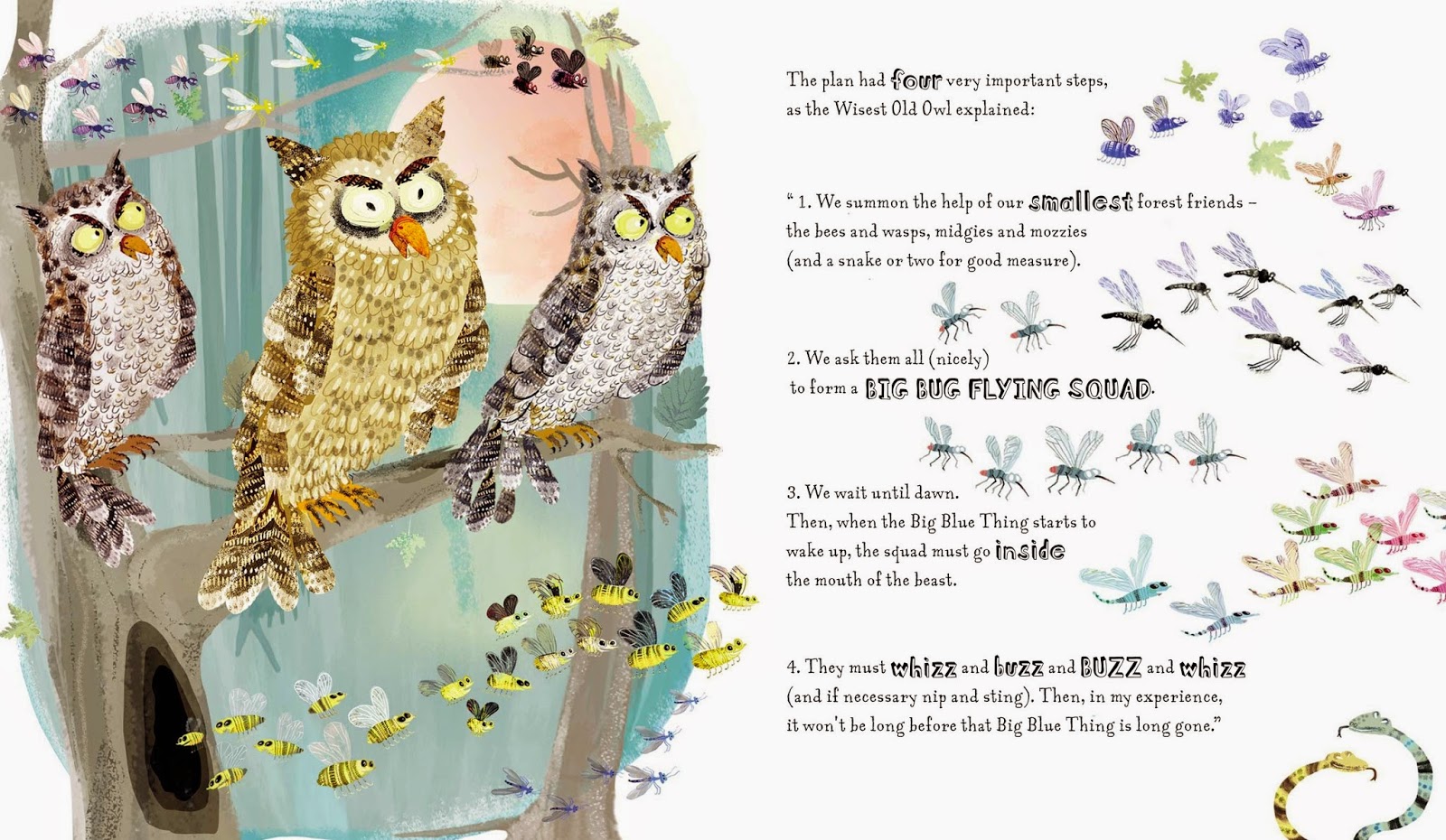 In this hilarious tale the wise but confused woodland creatures try all manner of mad cap schemes to make the Big Blue Thing move on but what IS this mysterious creature! 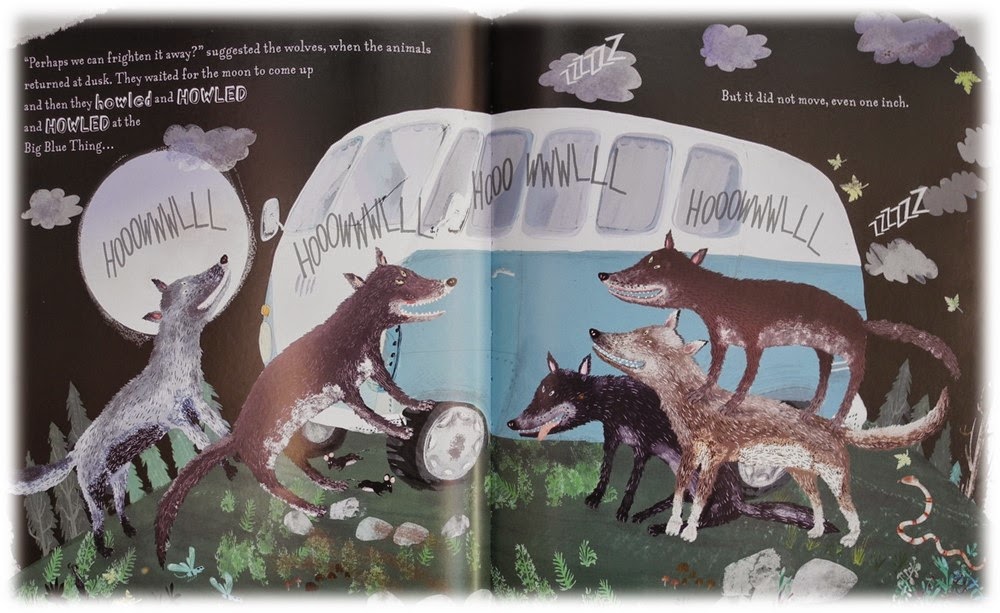 Children will love having the upper hand knowing the secret revealed in the elaborate illustrations and roar with laughter as this clever and unique story unfolds. NB: Plenty of howling, roaring, growling and screaching required!

A winning picture book for readers of all ages
(This book has a very unexpected and highly amusing ending!)